Not all heroes wear capes, and Bruce Wayne wouldn't get far without his civilian supporters. It's time we gave them the credit they deserve, so let's celebrate those loyal allies behind the Bat. 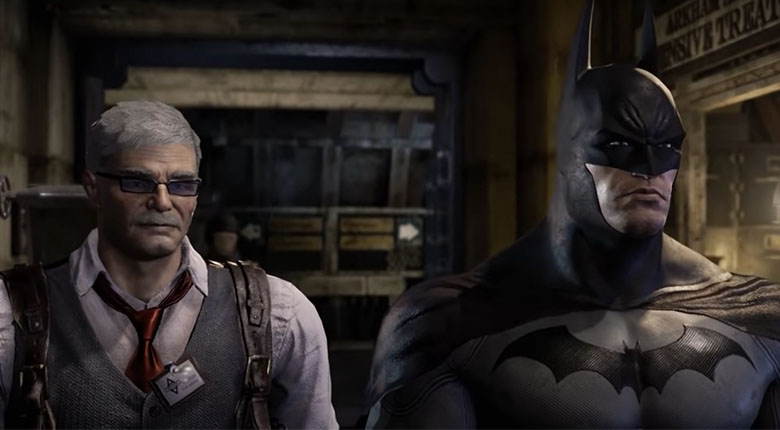 James Gordon (or “Jim” to his friends) is the commissioner of Gotham City’s Police Department and one of Batman’s longest-standing allies. The two certainly go a long way back since the commissioner made his debut in Detective Comics in 1939. He’s usually the one who lights up the sky with the Bat Signal, and the one who’s left finishing the conversation while Batman does his disappearing act (that’s just rude, Bats!). Like the Dark Knight, Commissioner Gordon also exemplifies bravery, justice and some seriously tough moral fibre.

Commissioner Gordon appears right in the opening scenes of Batman: Arkham Asylum and has featured in every Arkham title. He’s been involved in some pretty tense moments too, such as the (literally) heart-stopping moment with Bane in Batman: Arkham Origins, or during Scarecrow’s attempt to make Gordon betray Batman in order to save his daughter’s life. Speaking of which… 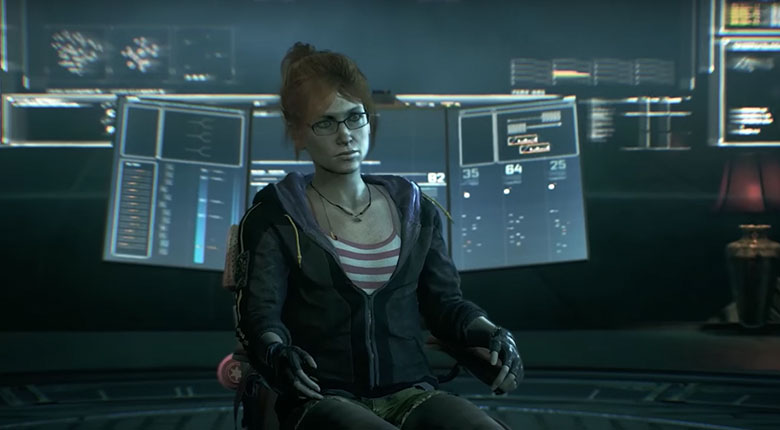 The great work of the Gordon family doesn’t end with James. Like her father, Barbara Gordon is a staunch supporter of Batman, and she even took on the mantle herself as Batgirl. Even when it looked like her crime-fighting days were over (after being paralysed in one of the Joker’s most sadistic schemes), Barbara would continue to play a key role in the Bat-Family by reinventing herself as the all-knowing Oracle.

Oracle provides invaluable support throughout the Batman: Arkham series, acting as Batman’s eyes and ears across Gotham. With her powerful brain and technical wizardry, she’s got the intel and she’s not afraid to use it. By becoming Oracle, Barbara Gordon proved that there was just no stopping her, and that there’s nothing this girl can’t hack! 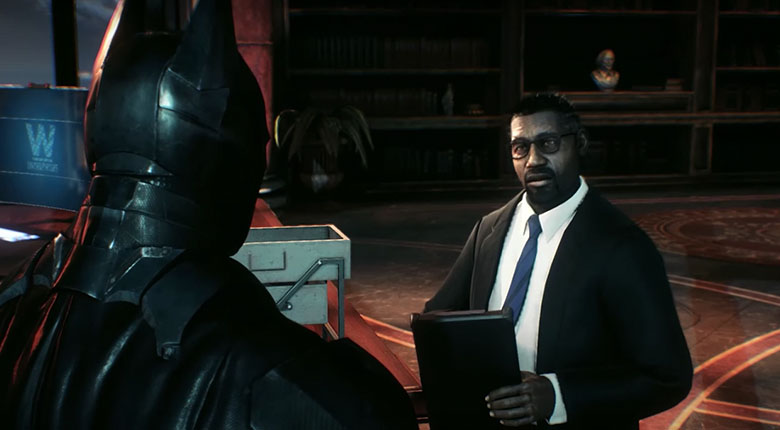 Where would Batman be without his trusty gadgets? It’s all thanks to Lucius Fox, CEO and president of Wayne Enterprises and the Wayne Foundation. While Batman is out busting chops, Lucius manages the business in a way that just so happens to let him access all the weapons, armoured vehicles and other cool toys a Bat could wish for.

Lucius Fox is referenced several times throughout the series before he first appears in Batman: Arkham Knight. In this game, Fox features in many critical story points, plus you can always drop into Wayne Tower to pay him a visit. Aside from the Batman: Arkham series, Lucius Fox has appeared in the story mode of Injustice 2, Batman: The Telltale Series, and was voiced by legendary film actor Morgan Freeman in the 2005 video game adaptation of Batman Begins. 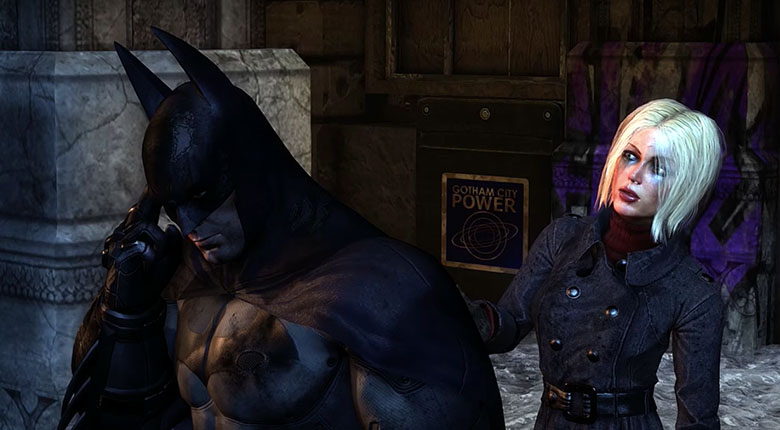 They say the pen is mightier than the sword, and Vicki Vale wields her words like a pro. A professional journalist, trusted ally and occasional romantic interest of Bruce Wayne (most famously depicted in the 1989 Batman movie), Vale is an ardent seeker of truth with her finger on the pulse of Gotham City.

Vicki Vale comes into her own in Batman: Arkham City. From the beginning, she’s deeply critical of Gotham’s new mayor Quincy Sharp and his plan to segregate criminals in a new super prison run by Hugo Strange. Needless to say, she was right all along. After getting into the Arkham City action, Vale finally gets to corner the mayor with a few hard-hitting questions. 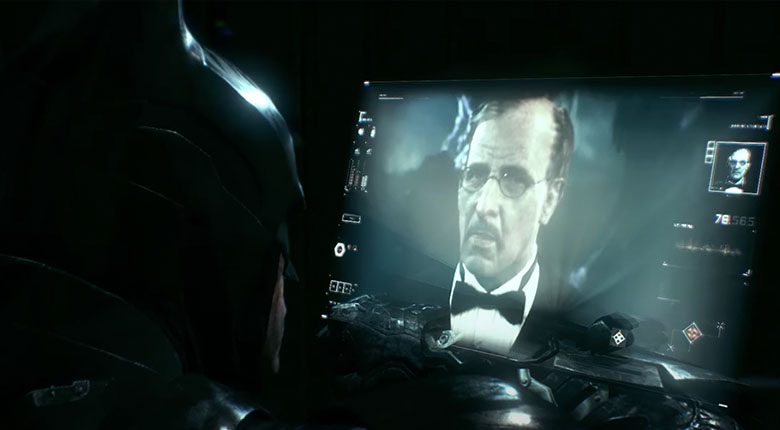 Since the tragic deaths of Thomas and Martha Wayne, Alfred Thaddeus Crane Pennyworth has been so much more than a butler. Throughout the years, he’s provided Master Bruce with words of wisdom, first aid treatment, and the loyalty to keep Batman’s deepest secrets. Most importantly, he’s acted like a surrogate father, protecting Bruce Wayne with all the devotion that Batman shows in protecting Gotham City.

As well as emotional support, Alfred provides valuable radio intel to Batman throughout the Batman: Arkham series, even upgrading to a nifty holographic projector in Batman: Arkham Knight. Alfred will always try to do what’s best for Batman, even if it means standing up to him. This is seen in Batman: Arkham Origins when he worries that Bruce is getting in over his head. Alfred’s unwavering support helps keep the Bat flying, in both sides of Bruce’s bizarre double life. 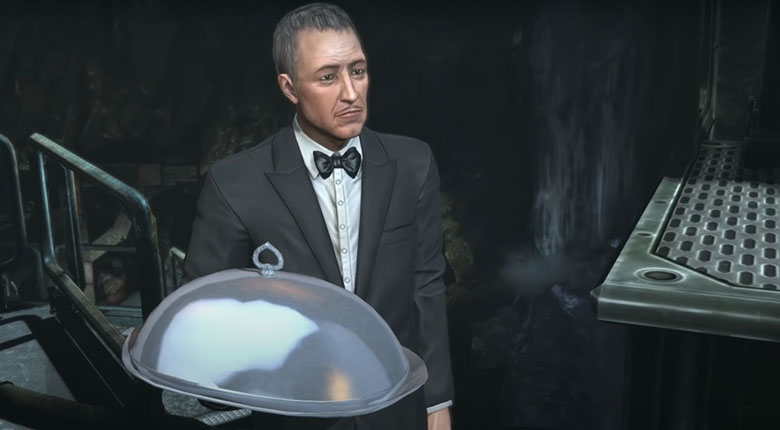 Those are the unsung heroes of the Batman games. They may not have fancy costumes or super powers, but Batman’s civilian allies are the glue that keeps Gotham together. You’d have to be bat-crazy to think otherwise!