Skip to content
Think you know Harley? Here's her weird and wild history, as seen in the Batman: Arkham and Injustice games. 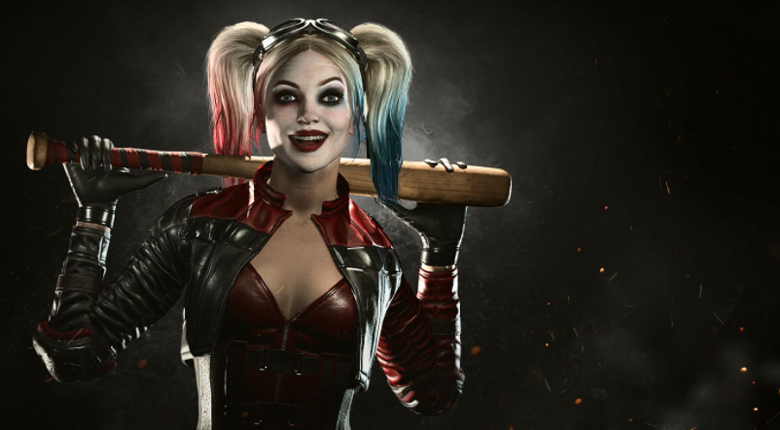 The details of Harley’s past vary through different incarnations, but her story generally goes something like this. Born into a dysfunctional family, Harleen Frances Quinzel had a brilliant mind and the motivation to do something good with it. She studied psychiatry at Gotham City University in the hope of going on to treat criminal behaviour. Of course, in Gotham City, there was never any shortage of that!

It was through her work as a psychiatrist that Dr Harleen Quinzel first met the Joker. However, rather than Harleen getting inside his mind, the Joker instead managed to seduce, manipulate and corrupt the young doctor, who would soon abandon her work in psychiatric medicine for a life of anarchic antics and clown-themed crime. Inspired by her lover’s persona, Harleen reinvented herself as “Harley Quinn” - an identity themed around the commedia dell’arte character, Harlequin. That’s some pretty artsy referencing for such a scallywag! 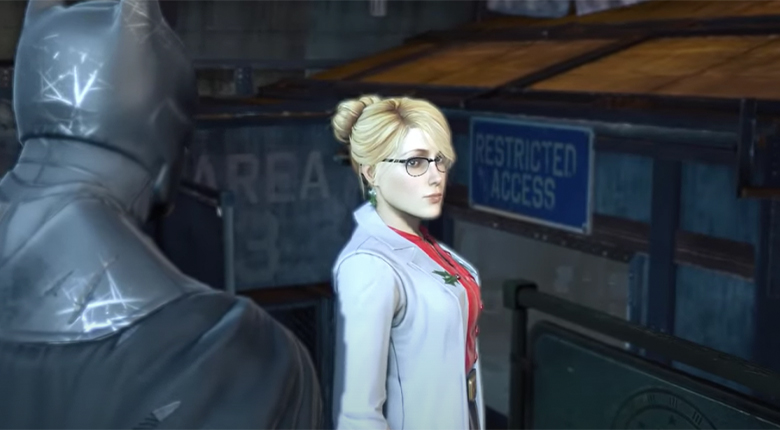 “My name’s Harleen. Harleen Quinzel.”
“What a pretty name. Do your friends call you Harley?”
“Oh, I don’t have a lot of friends.”
“Well, Harley, you got one now.”

Batman: Arkham Origins offers us some unique insights into this earlier period of Harley’s life. We first see her as the seemingly well-adjusted Dr Quinzel, but the cracks in her psyche are already starting to show. There’s a real vulnerability and loneliness in the young psychiatrist, and the Joker is quick to pick up on this, using kind words and flattery in order to reel her in. It isn’t long before she starts questioning Batman’s heroism and feeling a strong sense of empathy towards her patient. With her morals in a twist, Harley eventually snaps and sneaks explosives into the penitentiary in order to set the Joker free. You might say their relationship starts off with a bang! 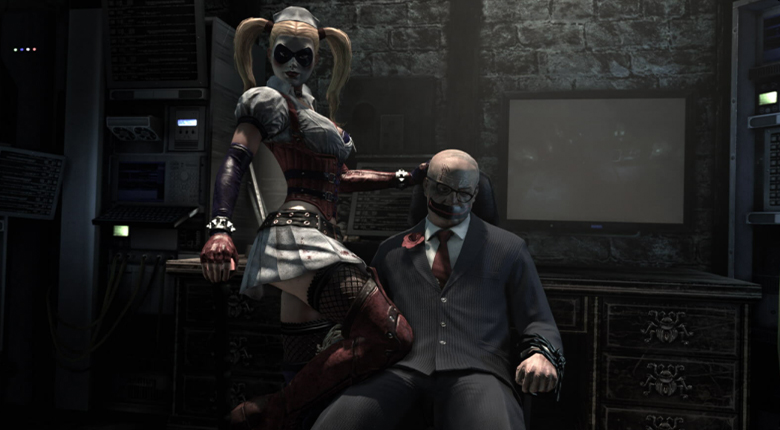 Harley’s reign of terror continues throughout the Batman: Arkham series. Her rap sheet in Batman: Arkham Asylum includes kidnapping Warden Quincy Sharp and Commissioner Gordon, freeing Poison Ivy and (naturally) trying to kill Batman. Harley’s world is then turned upside down in Batman: Arkham City when she sees her Puddin’s lifeless body being carried away by Batman. Of course, she’s back with a vengeance in the expansion pack “Harley Quinn’s Revenge”, dressed in mourning black and leading the Joker’s gang. In Batman: Arkham Knight, Harley makes another attempt to settle the score by releasing patients who’d received transfusions tainted with the Joker’s blood.

As a playable character in the Batman: Arkham Knight DLC, we see that Harley is still struggling with her shattered psyche. As she attempts to fulfill her missions, the voices of both “Harley” and “Harleen” can be heard battling for control over her actions. Even though the Joker is out of the picture, we still see that Harley is still unwavering in her loyalty and, despite her own lingering voice of reason, carries on with her crime spree. The phrase “it’s complicated” would be a massive understatement. 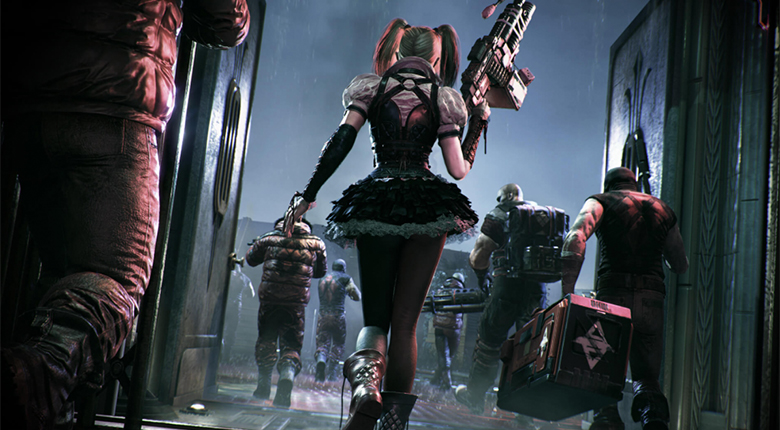 A whole other Harley

Harley Quinn also plays a key role in the Injustice series of fighting games, however her story plays out quite differently from the Arkham series. Trust Harley to be so unpredictable!

In Injustice: Gods Among Us, Harley is once again left bereft of her beloved, as Superman finally snaps and murders the Joker. But rather than sit around feeling sorry for herself, Harley (now going by her old name “Harleen”) sets up the Joker Clan in his honour and remains heavily active in the world of crime and chaos. Because a girl’s got to have a hobby! What’s surprising is that, since Superman’s new world order caused a rift among the Justice League, the Joker Clan becomes affiliated with the insurgency led by none other than Batman. That’s one alliance most of us didn’t see coming. 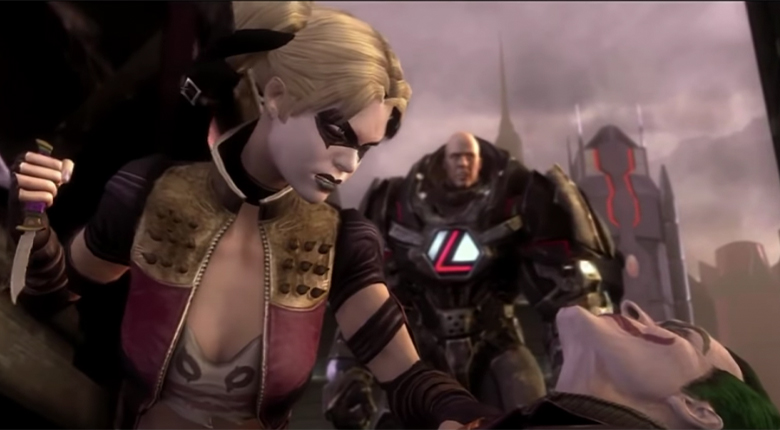 Harley’s new alignment is almost knocked off course by the surprising return of the Joker, albeit a different one from an alternate timeline. For a while at least, she’s happy to let him lead the clan and is tempted to revert to her old wicked ways. It all comes to a head during a confrontation with Lex Luthor, during which the Joker threatens Harley with a “severance package” involving a very sharp blade. Enraged and after getting the upper hand, Harley then proceeds to threaten her ex with his own weapon before deciding to let him live. She’s last seen helping Joker back to his own dimension, to which we can all say “good riddance!”

Finally free of the Joker’s control, Harley is then able to make her own mark on the world. She meets some kindred spirits, including a couple of four-legged friends in her two hyenas, Bud and Lou. Sure, they might be an unorthodox choice of pet, but they’re always game for a laugh! Despite some misgivings about her character and general sanity, Harleen also plays a huge part aiding the insurgency in the Injustice sequel. 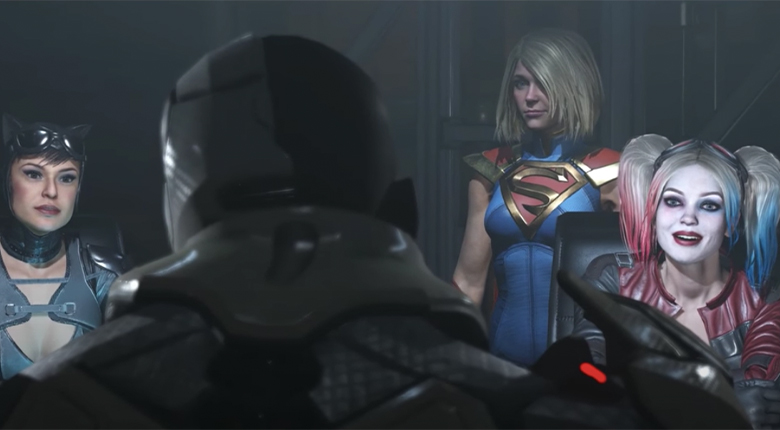 But while Harley’s fantabulous emancipation has given her a new lease of life, Injustice 2 shows us that part of her mind is still dealing with the trauma and abuse inflicted by her evil ex. After a dose of Scarecrow’s neurotoxin, Harley starts hallucinating and is forced to confront not just the Joker but also the person she used to be. But, being stronger than she was before, Harley is able to face her demons head-on before rejoining Bats to bring the fight to Brainiac. You go, girl! 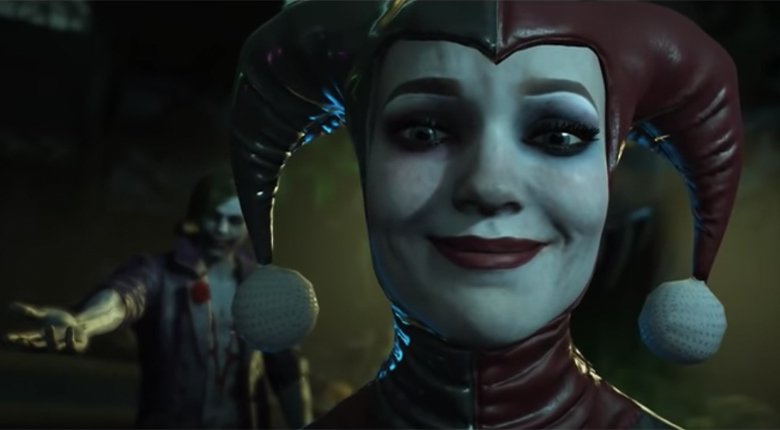 That’s everything we learned about Harley Quinn from the Batman: Arkham and Injustice game series. It’s certainly been a wild ride!