How could we possibly have a list of ridiculous methods of inflicting pain without mentioning this guy? Joker’s speciality involves strapping his victim to an electric chair, then cracking them round the skull with a crowbar for good measure before switching on the juice. Not hot enough for you? Just wait till you realise you’re also sitting atop a massive stack of dynamite, ready to blow you into smithereens! At least someone’s got a smile on his face.

After watching a few fighters pummelling their foes into space, you might start thinking “been there, done that”. However, Starfire takes it one step beyond. After blasting her opponent out of Earth and up towards the stars, she uses energy bolts to keep pushing them further out into space. When she’s ready, Starfire unleashes a great burst of green energy, resulting in a supernova that conveniently blows them right back down where they started. No doubt they’ll be seeing stars, if they’re still able to see anything at all.

Dr June Moon’s creepy counterpart won’t just steal your soul - she’ll fight you with it! Enchantress begins by leaping in the air and staggering her opponent with a quick energy blast. Once she’s in control, she then rips their soul straight out of their body before it starts smacking its host right in the face, ending with a mighty uppercut. For her next trick, Enchantress forces the soul to slam the body back down on the ground, then spin around at rapid speed before striking her opponent with a glowing green ball which, of course, explodes. This ultimate out-of-body experience certainly brings new meaning to the phrase “stop hitting yourself”.

We’d expect nothing less than the finest theatrics from a man who wields the powers of ancient gods, and Black Adam doesn’t disappoint! First, he sends his foe flying across the desert, where they make a bone-shattering collision with a great pyramid. Next, he hauls them straight up through the stone structure, hovers above them and shouts out “SHAZAM!” An enormous bolt of lightning then strikes the target and the pyramid, blowing everything to pieces in an almighty explosion. Quick question - does Adam blow up a new pyramid every single time he does his super move? Because they’re not exactly easy to build! 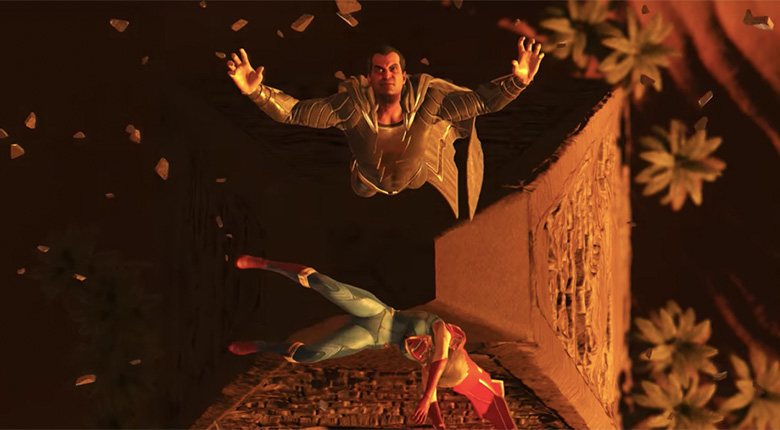 Barry Allen breaks the sound barrier, along with every conceivable law of space and time with this mind-bending move! First, Flash runs rings around his opponent and gets them in a spin. Before they’ve even had time to vomit, he grabs them, races fast enough to turn back time, then hurls them straight into the statue of the sphinx (apparently, Injustice 2 really hates ancient Egyptian architecture). But why stop there? Flash speeds back through time (again), walloping his opponent across the face of an unsuspecting tyrannosaurus. Let us repeat that one more time - he whacks them into a T-Rex’s face! And let’s spare a thought for that poor lizard, who was just trying to eat his lunch in peace.

But wait… there’s more! Flash then travels back to the present causing the other fighter to clobber into the past version of themselves. At least, we think that’s what happens - frankly, it’s all a bit of a blur! 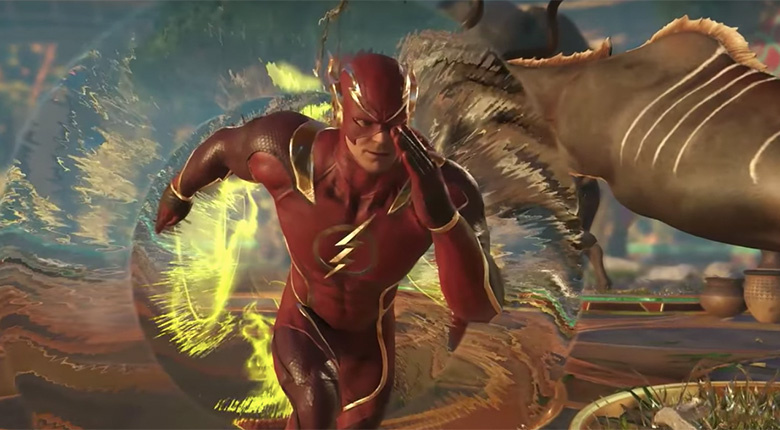 So there you have it - five of the most ridiculously elaborate super moves Injustice 2 has to offer. Want to know the story behind all the battles? Check out our guide to the lore of Injustice: Gods Among Us