Spoilers ahead for the series… 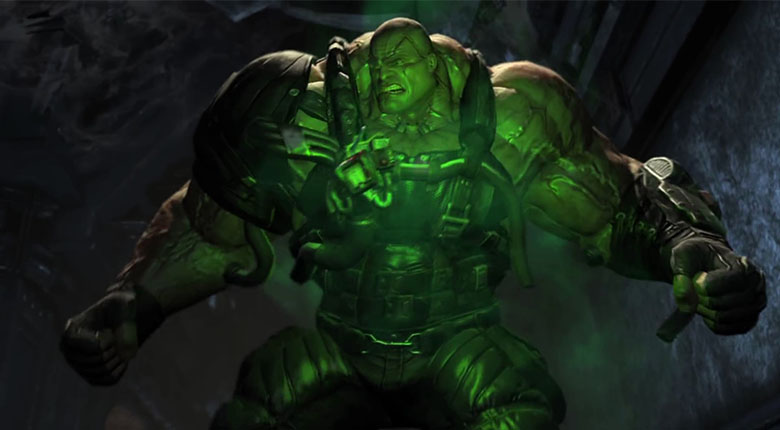 The battle with Bane in Batman: Arkham Origins tries to break Batman’s moral code by forcing him to kill. But that’s not how he rolls!
After explaining that Bane’s heartbeat powers an electric chair, Joker puts himself and Commissioner Gordon on the seat to fry together. Luckily, Batman has a trick up his sleeve - namely the shock gloves he acquired from Electrocutioner - and kickstarts Bane’s heart after stopping it just long enough.
But Bane isn’t too happy about that. After being shocked back into action, he injects himself with TN-1 to become a colossal, roaring brute. And Bane was a big guy to begin with. No wonder this terrifying transformation had us all running for the nearest hiding place!
4. The Arkham Knight: Batman: Arkham Knight 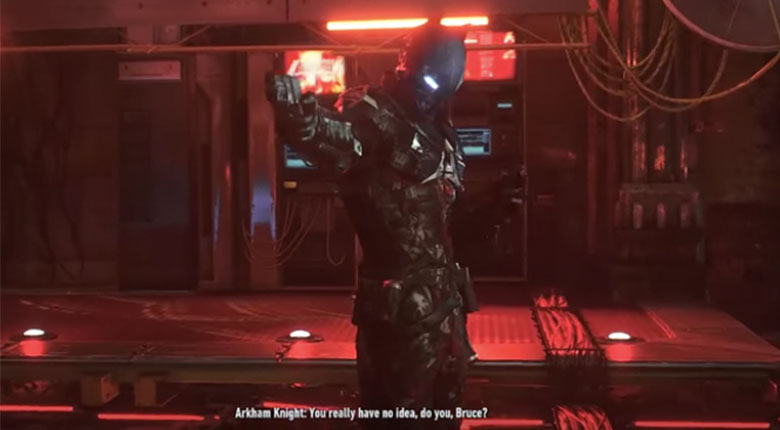 Facing off against the ex-Robin in Batman: Arkham Knight gave us one hell of an emotional gut-punch.
When the villain is unmasked, Batman is shocked to see his former sidekick Jason Todd, believing he’d been killed by the Joker. However, Joker lied (no surprises there) and kept Jason as his prisoner and personal torture victim at Arkham, leaving him with the scars to prove it.
While Jason keeps his physical distance by sniping and sending drones, he’s even more determined to stay guarded emotionally. A year spent with Joker will do that to a person. Most telling is the anguish in Jason’s voice, as he accuses Bruce of “giving up” and replacing him. Still feel like a hero, Batman?
3. Scarecrow: Batman: Arkham Asylum 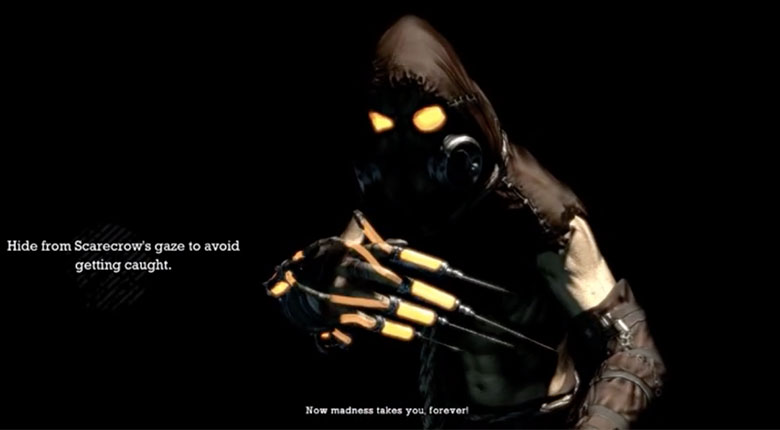 Prepare to face your worst nightmares, as Scarecrow’s toxin takes over the Bat’s brain.
Scarecrow’s stages are among the most memorable in all of Batman: Arkham Asylum. While hallucinating, Bruce is faced with visions of the corpse of Commissioner Gordon and his parents’ talking cadavers in body bags. Yikes! After navigating an abstract maze of Arkham debris, Batman must avoid the gaze of a giant, looming Scarecrow and activate the spotlight to stop the nightmares.
Scarecrow’s illusions are terrifying and disorienting. But don’t forget… it’s all in your head!
2. Deathstroke: Batman: Arkham Origins

The world’s greatest detective meets the world’s greatest assassin… get ready for the fight of your life!
The Deathstroke duel is definitely one of the toughest fights in the entire Arkham series. Slade’s got the skills to match Batman in combat, not to mention a vast array of weapons and gadgets. Between his flash grenades, grapples and remote claw, Deathstroke won’t let you drop your guard for a split second.
The fight comes down to sheer skill and ultra-sharp reflexes. Remember to counter like you mean it, and savour the joy of smashing that mask!
1. Mr. Freeze: Batman: Arkham City 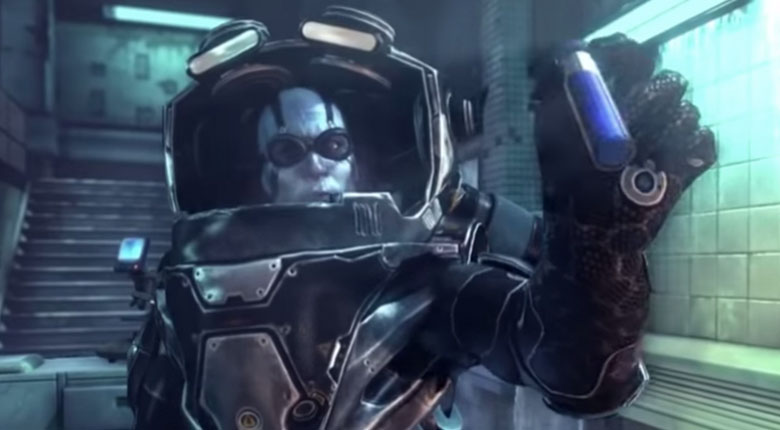 Some battles are praised for their theming, mechanics or the pure thrill of the action. Now and then, you experience one that’s all of the above, and much more…
Enter Mr Freeze’s domain in Batman: Arkham City and you’ll know exactly what we’re talking about. Straight away, you’ll notice parts of the environment Batman can use to his advantage. But Freeze is no fool, and he won’t fall for the same trick twice.
Most boss fights go as follows; find the weak spot, strike when ready, rinse and repeat. But this battle is different, as Freeze forces Batman to pull out every trick in the utility belt, all the while stalking him around the arena in a mech suit. If your heart isn’t pounding, then it must be frozen solid.
The fight against Freeze feels tense and realistic, with an opponent who’s smart enough to learn from his mistakes. Could it be the best boss battle of all time? Why not return to Arkham and see for yourself?