Take a deep dive into these 10 facts about the making of "Elvis", from the transformation of Austin Butler into the title character, to the behind-the-scenes creation of Graceland and the modern adaptation of the soundtrack. Read on to discover the essentials about Baz Luhrmann's "Elvis". 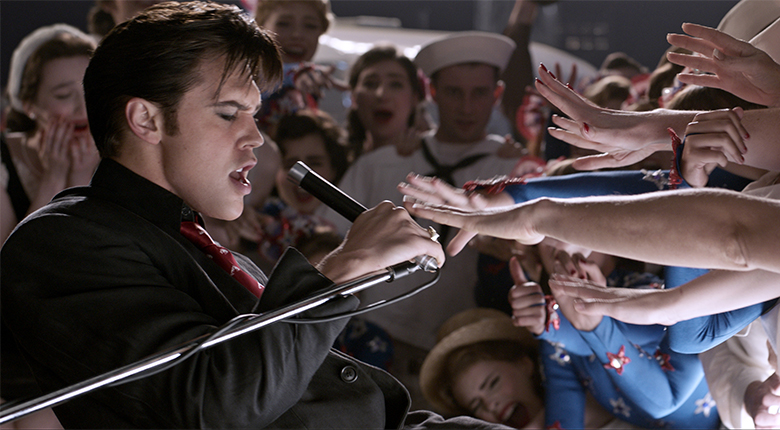 1. Baz Luhrmann’s “Elvis” will have its World Premiere at Cannes this year, making it Luhrmann’s fourth film to attend the prestigious festival, following his lush interpretation of “The Great Gatsby” in 2013, his musical “Moulin Rouge!” in 2001, and his first feature, “Strictly Ballroom,” in 1992.

2. Prior to being cast in the title role, “Elvis” star Austin Butler spent five months developing the character to make himself the strongest contender for the part. He reached out to filmmaker Baz Luhrmann, participating in workshops before auditioning for the role by submitting a video of himself playing the piano and singing the popular song “Unchained Melody,” which Presley had covered in 1977.

3. Butler worked with movement coach Polly Bennett to help him embody the physicality of the icon he was portraying; Bennett has also worked on such hit films as “Bohemian Rhapsody” and “No Time to Die,” as well as the hugely popular Netflix series “The Crown.” 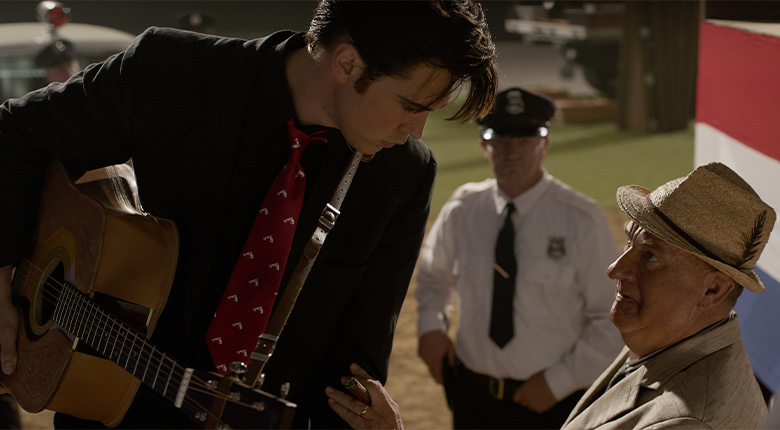 4. To become Elvis, Butler dons over 90 costumes to portray the icon throughout the 1950s, '60s, and '70s. His co-star Tom Hanks' transformation into Colonel Tom Parker took slightly longer... the hair, makeup, and prosthetics teams spent between three and five hours a day preparing him for the role, depending on how old the character needed to be for the day’s shoot.

5. It is well-documented that Elvis was a big collector of both cars and motorcycles, so the production’s picture vehicles department acquired over 300 cars and motorbikes.

6. “Elvis” takes place primarily in Tupelo, Mississippi; Memphis, Tennessee; Las Vegas, Nevada; Hollywood, California; and the various U.S. based locales where Elvis performed throughout his career. However, did you know the film was actually shot entirely on Australia’s Gold Coast?

7. The filmmakers viewed Graceland as a symbol and expression of Elvis’s success and ensured that the exterior façade was constructed on a rural property that possessed remarkably similar topography to the actual site in Memphis. Production designers Catherine Martin and Karen Murphy continued this theme by pulling architectural details from blueprints provided by the Graceland Estate in order to recreate the elements of the home. They ensured the interior sets highlighted Graceland the way it appeared when Elvis first purchased the house, and also changed elements to show updates the family made over time—for example, the floorboards seen when Elvis and his parents moved in are later carpeted in red shag for scenes that take place after the real Elvis had this bold design element installed.

9. Singer/songwriter Yola (née Yolanda Claire Quartey) appears as gospel and blues legend Sister Rosetta Tharpe. Later dubbed the godmother of rock ‘n’ roll, Tharpe influenced numerous artists, and her biggest hit, “Strange Things Happening Every Day,” was recorded in 1944 with Sammy Price. It is considered by some to be the first rock ‘n’ roll song!

10. The Italian glam rock band Måneskin, winners of the 2021 Eurovision Song Contest, recorded their own version of Elvis’s “If I Can Dream” for the soundtrack, laying down the tracks in just one take! But this is not their only relation to the rock and roll star...Måneskin’s front man, Damiano David, shares a birthday with Elvis Presley himself: January 8th. Now that's a conversation starter! 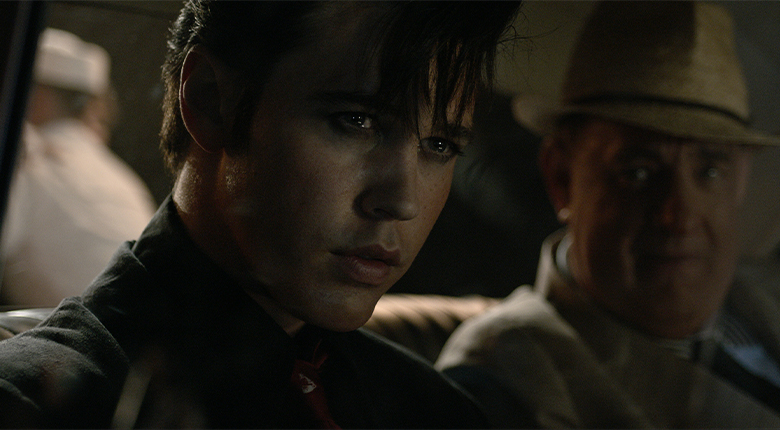 Look out for these details when you watch Elvis in cinemas now!