Skip to content
Following its first international expansion in Canada, Australia, and New Zealand, DC UNIVERSE INFINITE is now available in the UK! The premium digital comics subscription service allows fans to access over 25,000 of their favourite comic books on iOS and Android devices starting at £36.99 a year.

DC UNIVERSE INFINITE subscribers will have full access to classic stories including Crisis on Infinite Earths, Batman: Year One, Flashpoint, Dark Knight Returns, and recently released comics like Arkham City: The Order of the World, Batman: The Imposter, Nubia & The Amazons and Refrigerator Full of Heads. With new comic books being added to DC UNIVERSE INFINITE six months after they hit retail store shelves, the expansive library is constantly being updated. 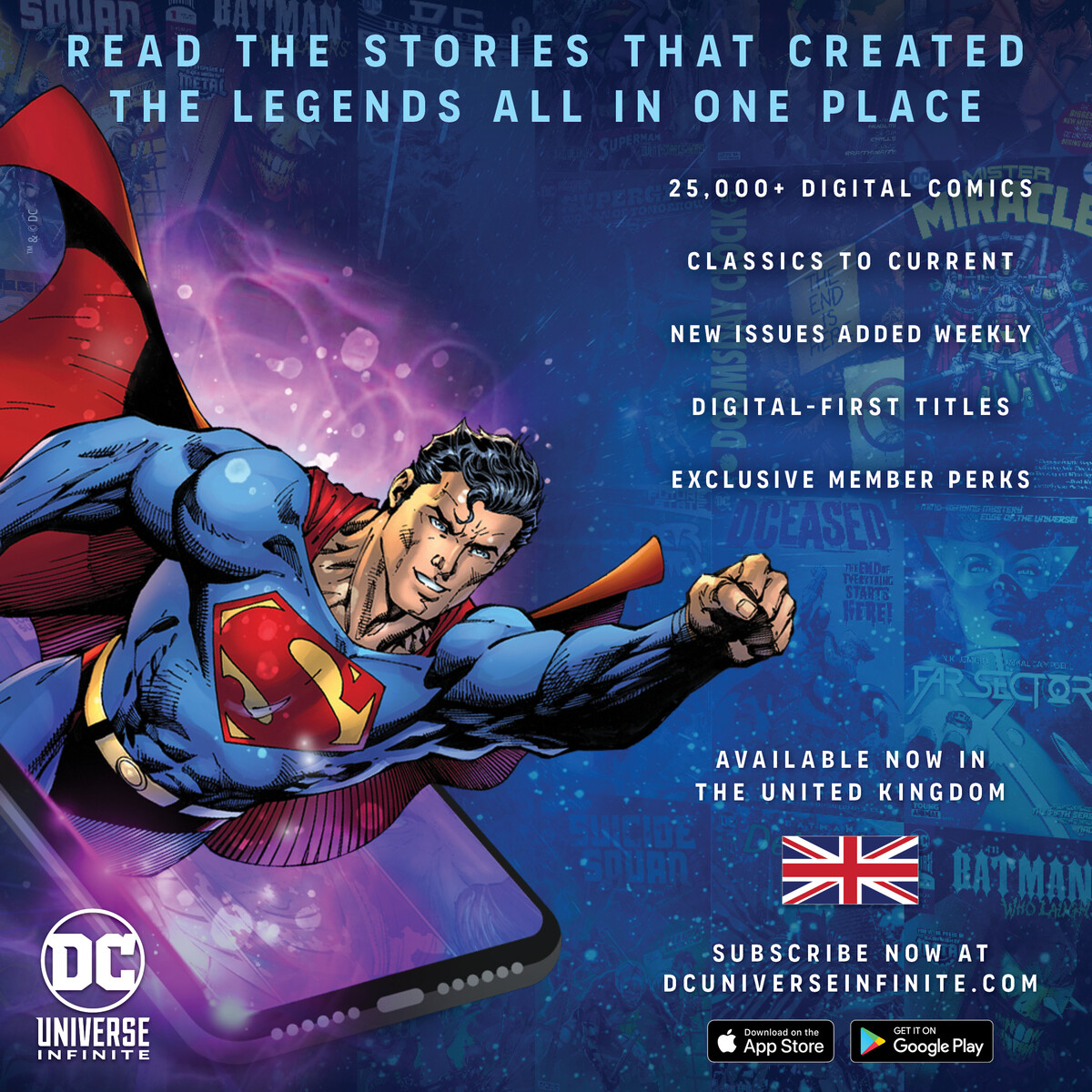 Subscribers will also have early access to new Digital First comics that include titles such as the recently announced Young Justice: Targets.

DC UNIVERSE INFINITE is also home to a fan-favourite community area full of in-depth discussions on the latest releases, Q&As with talent, and more. The community is free to all registered and premium subscribers and will be available, alongside a web reader, soon.

DC UNIVERSE INFINITE will roll out in Brazil and Mexico later this Summer with additional countries to be announced.