Skip to content
On Wednesday 23rd February a red carpet event will take place at the BFI IMAX, ahead of The Batman’s cinematic release on Friday 4th March.

We’re delighted to welcome a limited number of fans to watch red carpet arrivals in person. To secure a place within a red carpet pen you will need a wristband, which will be given on a first come first serve basis. Wristbands can be collected from the BFI IMAX from 8am GMT on the day of the event. UPDATE: All wristbands have been allocated, please do not come to the event if you do not have a wristband.

For anyone not able to join us in person, keep a close eye on our @WarnerBrosUK Instagram channel for unprecedented behind the scenes coverage. 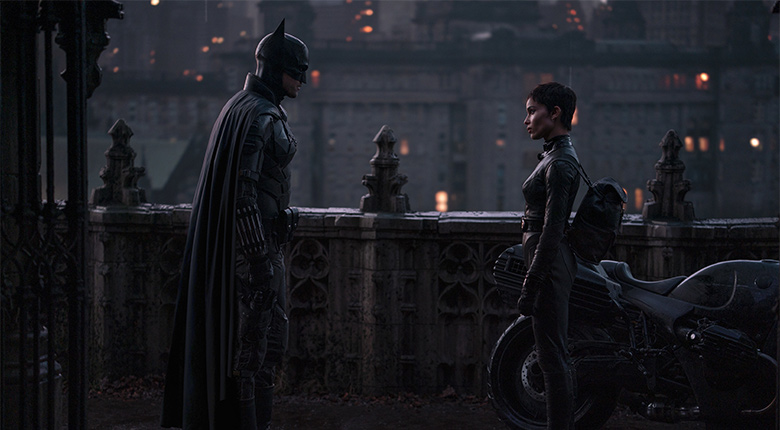 IMPORTANT INFORMATION ABOUT THE CROWD PEN

The health, safety and well-being of everyone invited to the event is of utmost importance. We will therefore require all participants to abide by the following rules: ​There will be a designated area for wheelchair access but due to limited space, we ask that you email events.uk@warnerbros.com to request a position in this area.

We thank you all in advance for your cooperation in assuring everyone’s safety and wish you a fantastic evening, whether you choose to join us in person or via our social channels.

Two years of stalking the streets as the Batman (Robert Pattinson), striking fear into the hearts of criminals, has led Bruce Wayne deep into the shadows of Gotham City. With only a few trusted allies — Alfred Pennyworth (Andy Serkis), Lt. James Gordon (Jeffrey Wright) — amongst the city's corrupt network of officials and high-profile figures, the lone vigilante has established himself as the sole embodiment of vengeance amongst his fellow citizens.

When a killer targets Gotham's elite with a series of sadistic machinations, a trail of cryptic clues sends the World's Greatest Detective on an investigation into the underworld, where he encounters such characters as Selina Kyle/aka Catwoman (Zoë Kravitz), Oswald Cobblepot/aka the Penguin (Colin Farrell), Carmine Falcone (John Turturro), and Edward Nashton/aka the Riddler (Paul Dano). As the evidence begins to lead closer to home and the scale of the perpetrator's plans becomes clear, Batman must forge new relationships, unmask the culprit, and bring justice to the abuse of power and corruption that has long plagued Gotham City.