In The Heights showcases the bubbling Latino community set in the sprawling concrete jungle of New York City. Abundant with a full spectrum of lively characters - In the Heights takes us to the vibrant heart of the community as we watch life pass by in all its uncertainties. The film is set in the neighbourhood of Washington Heights as it goes through difficult social change. We are immediately introduced to our main character Usnavi (Anthony Ramos), a Dominican-American who runs the community hub, the Bodega.

As the community struggles in a world of increasing rent, gentrification and racism, their vibrant home-grown culture is threatened by encroaching demographic change. Friendly neighbourhood businesses are forced to close, and families are left anxious and under pressure. The film navigates the typical difficulties that face struggling communities on the brink of social change, from trying to place a downpayment on an apartment to paying for college tuition. For Usnavi, he dreams of returning to the Dominican Republic following the unfortunate death of his parents; to reconnect with his home country and reclaim his forgotten roots.

In The Heights focuses on the community; the bright lights of the cityscape match the bold dreams of its individuals, the film finds the colour in even the most troublesome of times, forming a beautiful tapestry of inner-city vigour and radiance. As together in their losses as they are in their joys; In The Heights is communal survival in the purest of forms. Entangled in a twisting tale of love, identity and day-to-day struggle, the hopes of Washington Heights are held together by the possibility of a winning lottery ticket, leading to a looming sense of success just over the horizon. All with the syncopated backtrack of Latin and hip-hop rhythm - this is a vibrant celebration of hope and community. 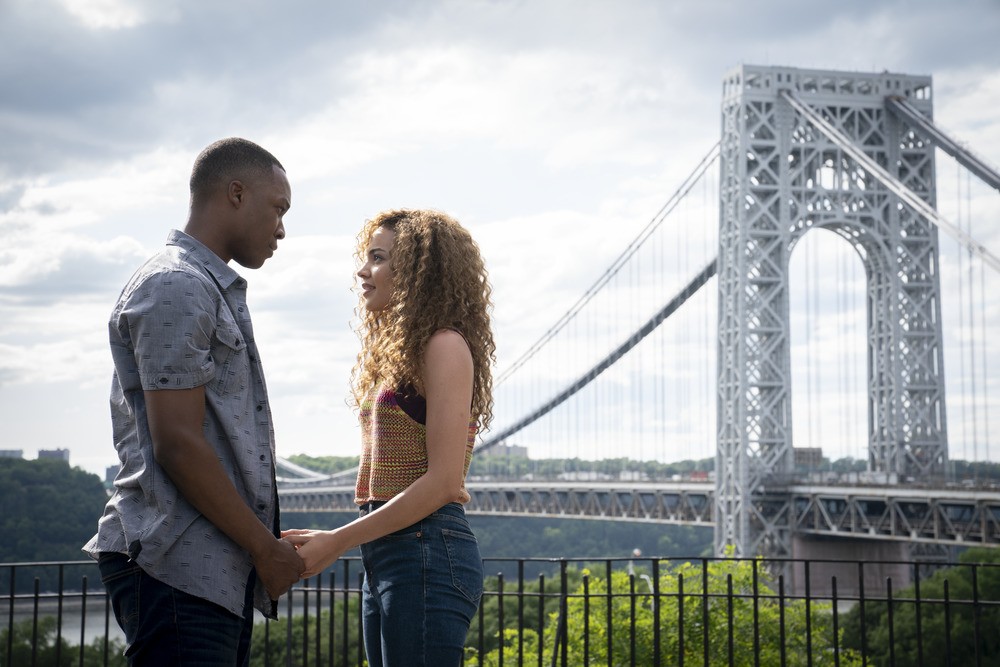 For the duration of the film, we are immersed in the hustle and bustle of Washington Heights, an area that has long boasted a strong Latin community. Following the hit musical, film crews took to Washington Heights to take a further step into the hispanic culture and setting of the storyline. Located in the uppermost region of Manhattan, sandwiched between Inwood and Harlem, Washington Heights has been a bustling ethnic hub for some time, through In The Heights we see the changes that arrived with gentrification, threatening the area's cultural vitality. Filmed in the sweltering heat of summertime, scenes are inundated with uncapped fire hydrants, pool scenes and hot and steamy dance scenes. With the film focusing on community, many scenes inevitably happen around the hubs of the Bodega and the Hair Salon, both playing key parts in building the setting. 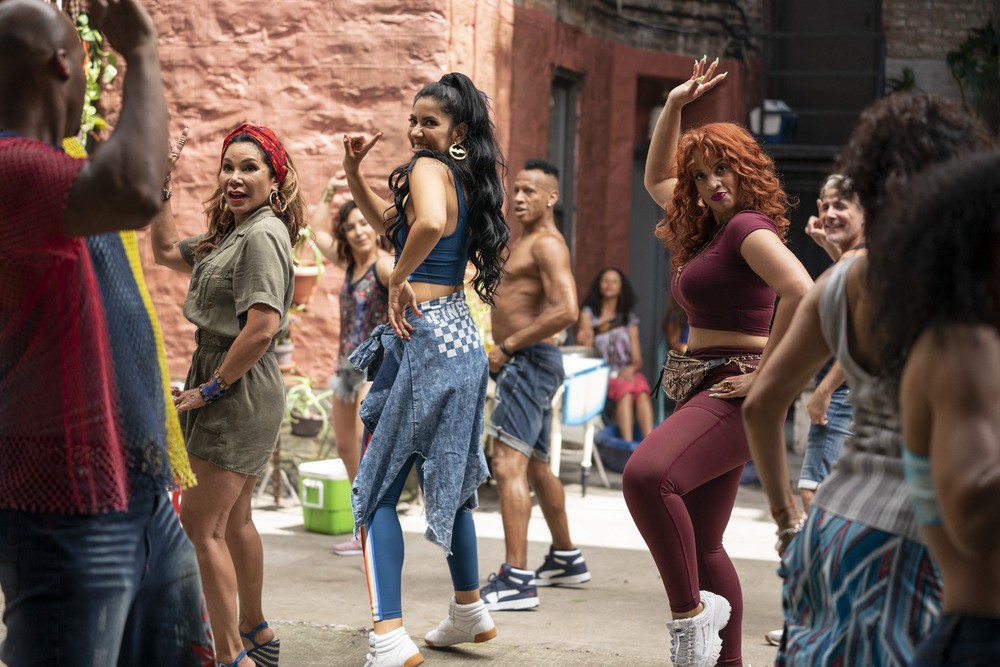 What makes In The Heights so special is its range of characters. Let's have a quick run-through of the main characters that really tie the story together.

It all starts with Usnavi de la Vega - the musical heart and soul of the production. Owner of the De La Vega Bodega, the young Dominican is played by Anthony Ramos. Usnavi is named after the first thing his parents saw when coming to the country, a ship named ‘US Navy’. We see the first influence of powerful communal roots when we learn he was raised by Abuela Claudia, the neighbourhood matriarch that always lends a helping hand when she can. With dreams of returning to his home country, Usnavi has to juggle the realities of Washington Heights, his Dominican dreams and his ever-growing love for Vanessa.

Nina Rosario (played by Leslie Grace) is a bright young prospect of the cast; the first in her family to go to college. Respected by the rest of the community for her ambition and success, Nina represented a chance or possibility to escape the close-knit humdrum of everyday barrio life. Upon returning, she announces her College leave after feeling utterly exhausted. Nina struggles with her father and his dislike of her neighbourhood sweetheart, Benny.

A bundle of care, happiness and dedication; Benny (Corey Hawkins) works hard at Kevin’s (Nina’s father) Taxi dispatch, under his disapproving eye. With dreams of owning his own business someday, Benny is a character that further sums up the community's unadulterated vision and ability to see past the struggles. Benny falls head over heels for Nina and their relationship develops with the storyline.

Together, Vanessa (Melissa Barrera) and Usnavi hold the most anticipated relationship in the barrio. Courted with Usnavi’s free coffee and romantic gestures, Vanessa’s stunning looks turn the heads of most men in the barrio. Fortunately for Usnavi, their relationship runs as deep as their friendship and apart from a little jealousy here and there, their bond remains strong in the face of adversity. From the very start, Vanessa dreams of leaving the claustrophobic barrio and her alcoholic mother for an apartment downtown but seems to keep running into obstacles.

‘Abuela’, meaning Grandmother in Spanish describes the loving, matriarchal role of Claudia in caring for the neighbourhood, always offering invaluable pearls of wisdom. Acting as a mother to the whole barrio, Claudia (Olga Merediz) has a special place reserved for Usnavi, who she cared for following the death of his parents. Migrating in 1943 from Cuba, Claudia’s dreams of returning to her home country with her mother slowly dwindled due to a lack of financial stability; she has since made a life for herself that revolves around the tightness of her surrounding community, offering smiles and hugs on the streets of the barrio.

This buzzing, carefree young lad is Usnavi’s joker cousin. Working alongside him at the bodega, Usnavi takes the lazy teenager under his wing, trying to set him on a better path than the repetitive lifestyle of the barrio. With intelligence and a passion for social justice, Sonny (Gregory Diaz IV) has a lot of potential for a bright future.

Discover more about In The Heights.