Skip to content
From the very first game, the Mortal Kombat series has teased us with hidden characters. Here are some of MK's best (or worst!) kept secrets. 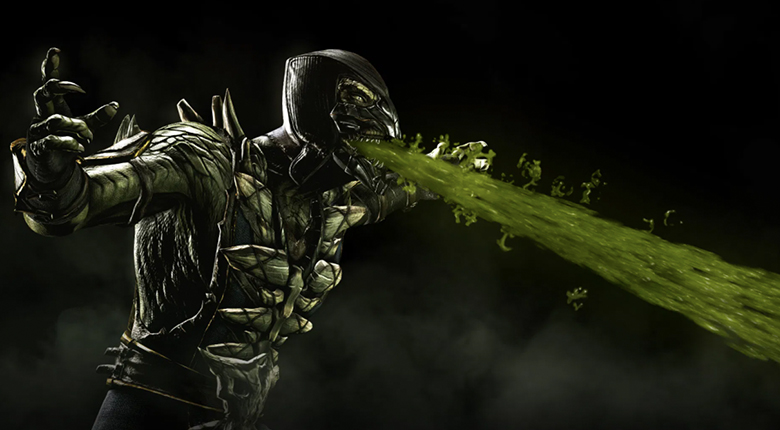 Let’s start with the one that started it all. Reptile was the secret green-clad ninja featured in certain editions of 1992’s original Mortal Kombat. After being teased with the phrase “I am Reptile, find me!”, arcade gamers were given a series of “kryptic” clues about the conditions required to unlock Reptile in battle, including “Perfection is key”, indicating that the player would need to achieve a Double Flawless, and “Look to la luna”, hinting that a shadow would need to fly past the moon. If everything aligned during the Pit stage, the player would then be transported to the bottom to face Reptile and defeat him for a whopping 10,000,000 points.
Despite the hype surrounding this first hidden character, MK1’s Reptile was merely a palette-swap of Sub-Zero and Scorpion with their combined movesets and a speed boost. Reptile was revised for future installments to become a fully-fledged fighter in his own right, complete with an expanded backstory, a design overhaul as a reptilian-humanoid hybrid, and signature moves including Acid Spit and Invisibility. Having appeared on the roster as recently as Mortal Kombat X, it appears that the Saurian is still going strong. 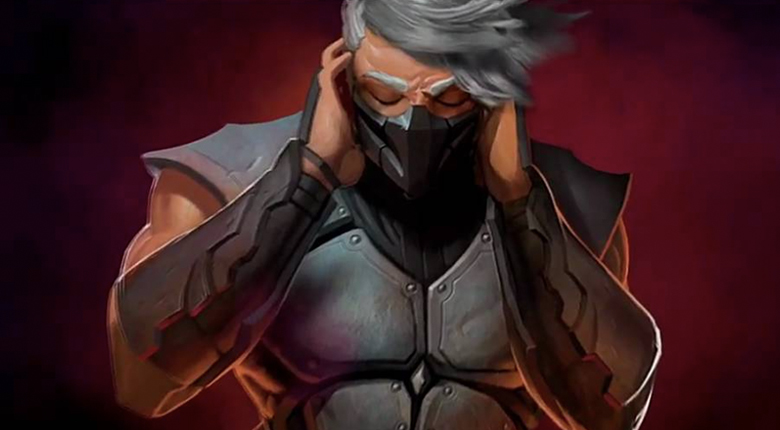 After the buzz surrounding Reptile, it was only natural that the creators of Mortal Kombat would go all-in on secrets for the sequel. Not one, but three hidden characters were introduced in Mortal Kombat II, each with their own battle conditions and head-scratching hints.
Take Smoke for example, who could only be unlocked on the Portal stage by hitting the “down” and “start” buttons after prompting the appearance of the “Toasty” guy. While some of Smoke’s clues were pretty straightforward (such as the words “Portal” and “Toasty”), the “start” button was only vaguely referenced in the phrase “You can start finding me”, and “down” wasn’t mentioned anywhere, unless you count the phrase “Mortal Kombat One” as being one “down” from MK2. Confused? You’re not alone. Trying to find this guy was like, well … trying to catch Smoke!
Tomas Vrbada (a.k.a. Smoke) would appear again as a hidden character in Mortal Kombat 3, by which point he had been transformed into a cyborg along with his Lin Kuei brethren. In Mortal Kombat: Deception, his cybernetic body was reprogrammed by Noob Saibot to fight as the combined character “Noob Smoke”. Human Smoke wouldn’t be seen again until the 2011 MK reboot, and in the current timeline, the character is currently believed to reside in Netherrealm in his revenant form. 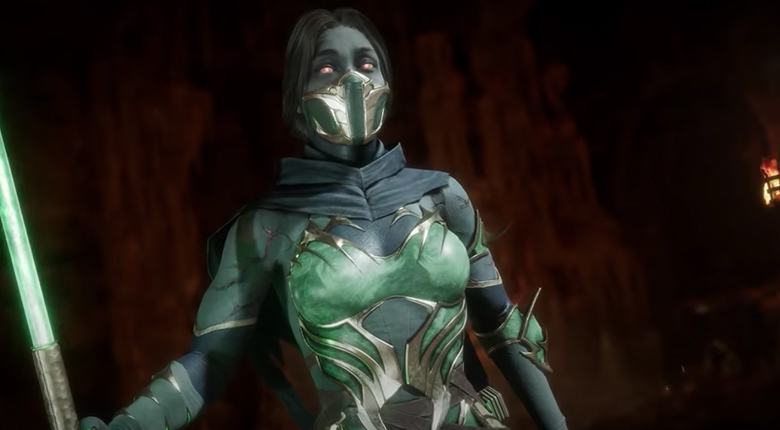 The first female secret character, Jade was a palette-swapped version of Kitana with extreme speed and immunity to projectile attacks. And if you thought Smoke’s clues were verging on the vague, that was nothing compared to this gal in green!
One of Jade’s more coherent clues was “Before the “?””, which made sense when you spotted the “question mark” stage on the arcade ladder. But before players could be whisked away to Goro’s Lair, they’d have to win the previous battle using only low kicks. Their only clue was the phrase “Restrict yourself”, buried among other baffling messages such as “Bring on Kano and Sonya” (neither of whom were playable characters) and “Chun who?”, a sly reference to MK’s main arcade rival, Street Fighter II.
While Jade’s motivations and loyalties were unclear in the beginning, her story was fleshed out alongside Kitana’s as the princess’ most trusted friend and bodyguard. In future installments, Jade was made general of the Edenian army and armed with a staff as her signature weapon. Seen in both her revenant and human form in Mortal Kombat 11, Jade’s unwavering loyalty to Kitana continues through life, death and beyond. 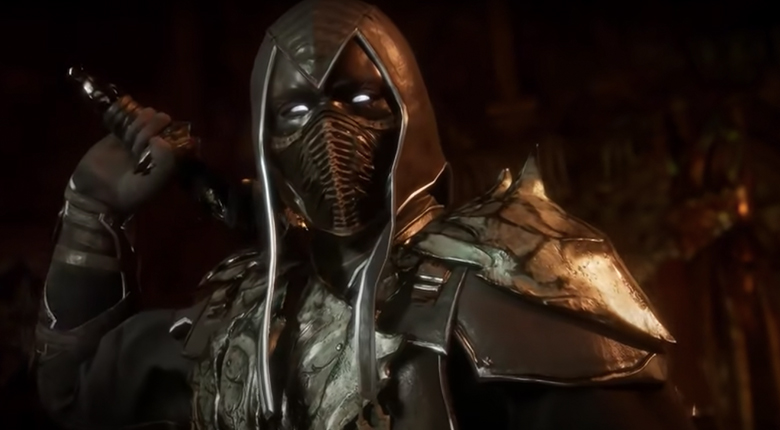 While “Noob” might be considered an insult in many gaming circles, that definitely wasn’t the case back in 1993. Quite the opposite in fact, as anyone who faced the wraith’s wrath in the arcade did so after winning 50 consecutive Mortal Kombat II matches.
Taking his title from the surnames of MK’s creators Ed Boon and John Tobias spelled backwards, Noob Saibot was the most mysterious of the three hidden characters. His only clues were Smoke and Jade announcing “I am one of three”, as Noob himself never appeared in the teasers. After 50 wins, he would manifest as a black silhouette, giving an extra layer of shadowy secrecy to his character. Thankfully, he could be unlocked with the help of a second player, making him one of the more straightforward (albeit expensive) hidden fighters to find.
Noob’s story was eventually expanded to deliver one of the greatest twists in MK history - that he is the undead version of the original Sub-Zero, Bi-Han. This set up some interesting plotlines in which he’d face his killer, Scorpion, as well as new Sub-Zero and Noob’s younger brother, Kuai Liang. Noob Saibot was an early example of combatants being brought back from the grave, something that would become a major part of the series lore for years to come. 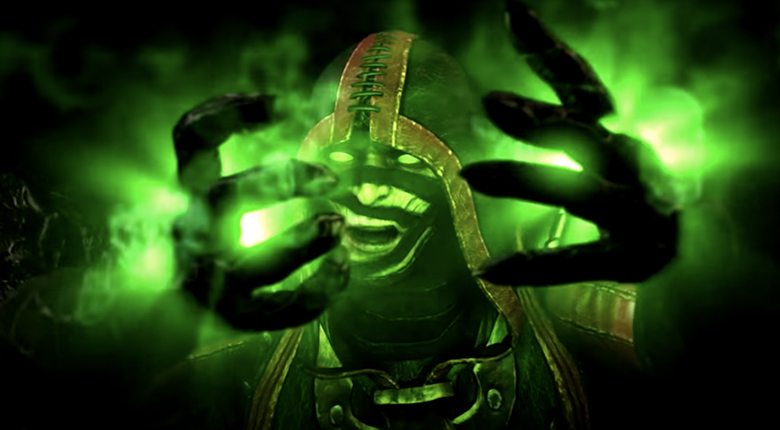 Rumours of the red ninja Ermac began completely by accident, thanks to a misreading of the original arcade game’s diagnostics menu. On the data page for MK1, a counter for something called “ERMACS” would appear beneath the total of “Reptile Appearances”, leading fans to speculate that Ermac was another hidden character. In actuality, “ERMACS” was short for “error macros”, indicating the number of glitches recorded during gameplay.
MK’s creators quickly became aware of the rumour and acknowledged it in the sequel by having Smoke and Jade ask “Ermac who?” and displaying an anagram message that, when unscrambled, spelled the phrase “Ermac does not exist”. Despite this, Ultimate Mortal Kombat 3 would introduce the elusive red ninja as one of several hidden, unlockable characters.
In universe, Ermac’s origins are equally unusual. While he appears as a single entity, Ermac is actually the walking fusion of over a thousand warriors’ souls, some of whom will occasionally battle for dominance. How’s that for an existential crisis? As well as referring to himself in the third person, Ermac is also known for his skills in teleportation and telekinesis. “Ermac who?” indeed! 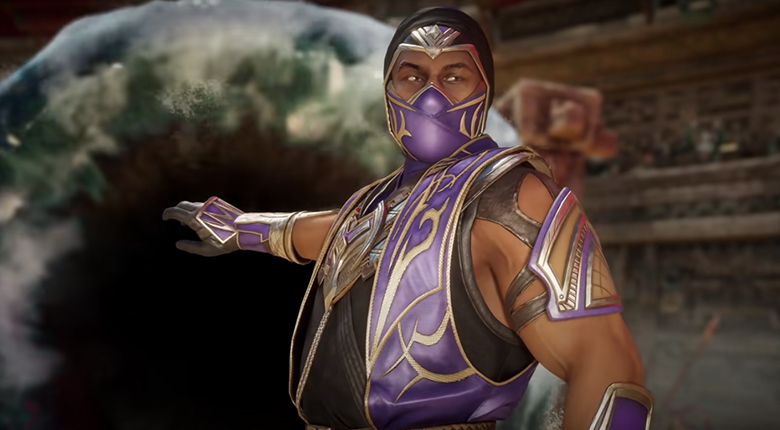 Okay, maybe we’re cheating a little with this one! Technically, Rain didn’t start out as a hidden character but rather as a completely non-existent one, featured only in the arcade attract mode of Ultimate Mortal Kombat 3 for the sole purpose of messing with fans. No matter what players did, they just couldn’t find a way to unlock the character and found themselves searching for Rain in vain.
Despite being created as a half-joke, half-Prince song reference, Rain was officially added to the home console ports of Ultimate Mortal Kombat 3 and Mortal Kombat Trilogy. His character was given the power to manipulate water, along with the revelation that “Purple Rain” was, indeed, an Edenian prince. He recently returned to the series in Mortal Kombat 11: Ultimate alongside Mileena and Rambo. Long may his “Rain” continue!

Those were some of the best hidden characters in the history of the Mortal Kombat series, not that they managed to stay secret for very long!