Skip to content
Mortal Kombat 11 isn't all doom, gloom and ripping out spines! Here are some happier endings that are guaranteed to make you smile.

G’day mate! It may be grim up here in the Northern Hemisphere, but the summer sun is still shining down South and Kano’s ready with some classic Aussie hospitality. Even MK’s biggest scoundrel is capable of using his deadly talents for good (admittedly not very often), as we see when Kano uses his infa-red eye to fire up the barbie. Anyone for shrimp? 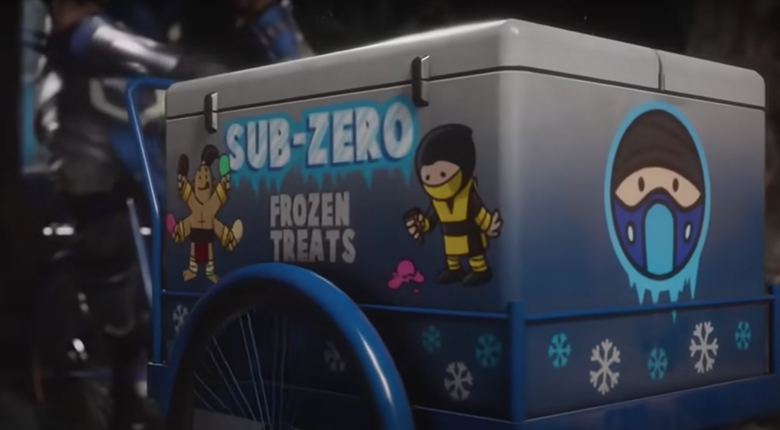 I scream, you scream, we all scream for ice cream! Sub-Zero’s Friendship turns extra sweet as he rides in on his ice cream cart and doles out the desserts. And that excited little bounce he does with his hands in the air is just adorable! Note that the cartoon Goro painted on the side of his cart is holding four ice creams - now, that’s just greedy! 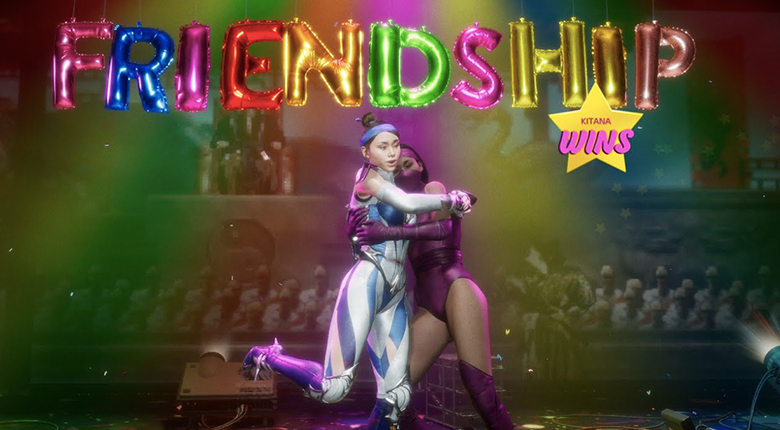 Sister sister, never knew how much I missed ya! For her Friendship, Kitana is joined by her (sort-of) sibling to play pattycake and share a great big hug. And we think it’s safe to say, we’ve never seen these two look so happy together. As for anyone who wondered if this was a sign that Mileena would be returning to the roster for Mortal Kombat 11: Ultimate Edition, they weren’t disappointed - welcome back, Mileena! 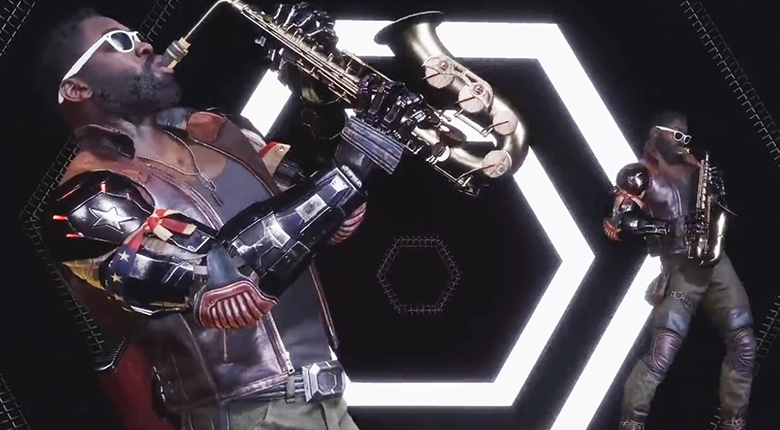 You’ve heard of “elf on the shelf”, now give it up for “Jax on the sax”, here to banish the winter blues with a jazzy tune. Who knew those mechanical limbs were also musical? Jax isn’t the only one who’s got the rhythm, as MK’s Friendships also show Kabal playing the xylophone, Sheeva on the water glasses, and Kollector making a mean one man band. Maybe they should all team up and form a supergroup? 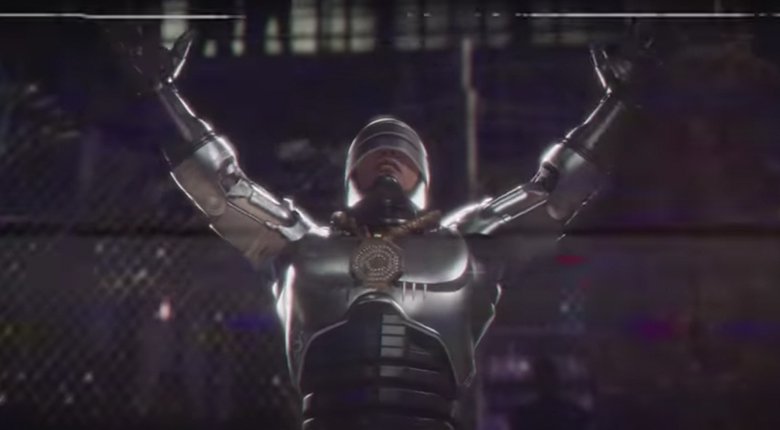 Ever thought you’d see Robocop doing the Robot? Or how about the Moonwalk? No, neither did we, but seeing the 80s action icon rocking a massive medallion and boombox is just delightful! Plus there are even more sweet dance moves to be found among the Friendships, with Raiden and Kid Thunder’s light show, Johnny Cage’s jazz hands and disco Liu Kang. Because there’s nothing like a dance-off to resolve your differences! 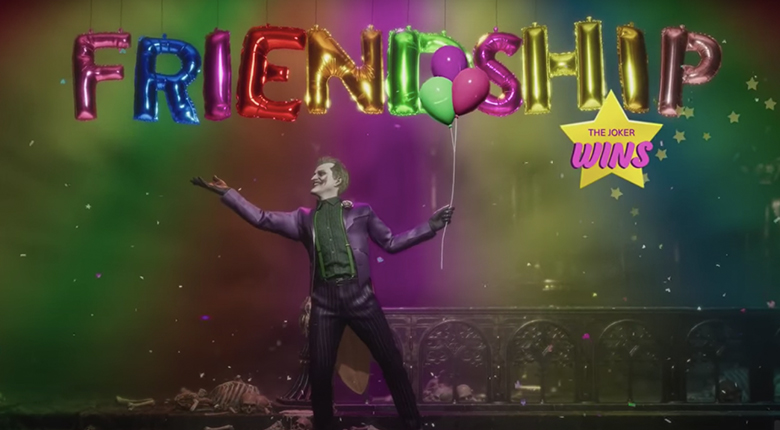 Let’s put a smile on that face! While Joker’s Friendship doesn’t look all that friendly to begin with, as he points a gun at his opponent’s face, he’s interrupted by an unseen Batman bopping him with a Batarang. The Joker then turns around with a bunch of balloons and an extremely rare “sorry”, only giving a brief sideways scowl to his offscreen nemesis. Looks like you win this round, Bats! 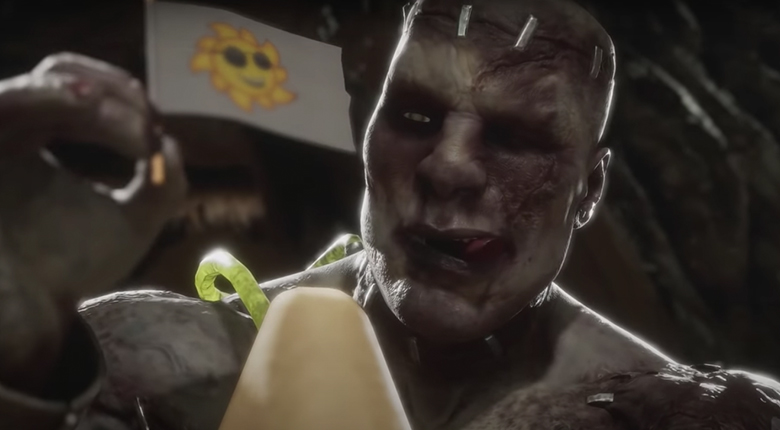 Well, that’s one way to manipulate the Sands of Time! For his Friendship, Geras uses his powers to build an extravagant sandcastle, before delicately topping the turret with a happy smiling sunshine flag. It’s like we’re right back at the beach enjoying some sweet summer rays - thanks, Geras! 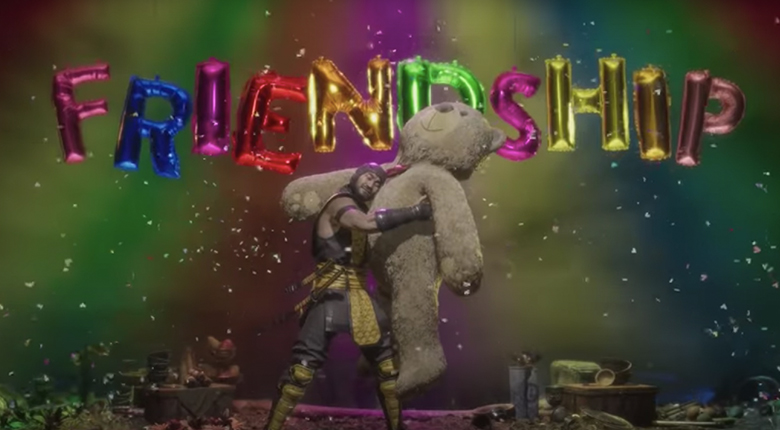 Get over here, teddy! For once, Scorpion chooses hugs over harpoons, and the stuffed toy he grabs is only in danger of being cuddled to death. What more can we say except… awww!
Those were some of the funniest Friendship moves in Mortal Kombat 11, guaranteed to warm even the most wintery of hearts!