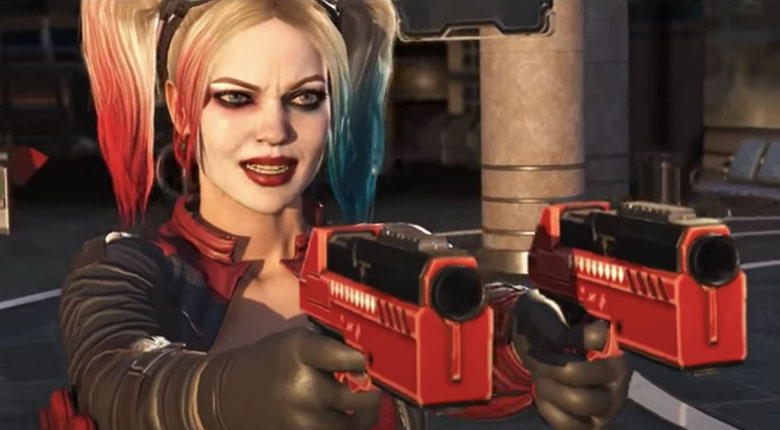 Cartoon capers
Having first bounced onto the scene in Batman: The Animated Series, as opposed to debuting in the DC comics, Harley Quinn’s earliest in-game adventures took place in the TV show’s spin-off titles. The first was 1994’s The Adventures of Batman and Robin on the SNES, although this was only a brief cameo. However, Harley soon found herself promoted to a boss character in later versions, including a Mega CD edition that also boasted fully-animated cutscenes. Harley’s reign of terror continued into the next century, with 2001’s Batman: Chaos in Gotham released on the Game Boy Color and Batman Vengeance on the PS2.

LEGO Batman and beyond
When LEGO Batman: The Videogame came out in 2008, it was only natural that we’d see Harley trying to knock the Bat’s block off. And we weren’t disappointed! Harley showed off her usual penchant for mischief and mayhem in the main story mode by kidnapping Commissioner Gordon and holding him hostage. During her boss battle, Harley would flip across the room like crazy, making her quit hard to hit! LEGO Batman: The Videogame also marks the first time Harley Quinn became available as a playable character, after special “villain” chapters and free play modes were unlocked. 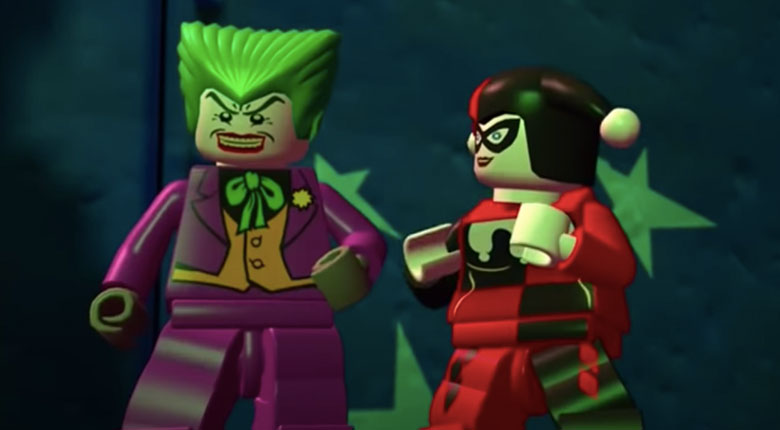 Harley Quinn’s LEGO legacy has continued throughout the years. She returned for the two sequels, LEGO Batman 2: DC Superheroes and LEGO Batman 3: Beyond Gotham before upping her game to a starring role in LEGO DC Super Villains. Because, as Harley most definitely knows, sometimes it’s good to be bad!

Straight Outta Arkham
When the lunatics start taking over the asylum, you can bet our favourite former psychiatrist has something to do with it! Starting with Batman: Arkham Asylum in 2009, Harley has been a mainstay of the popular Batman: Arkham series, each time showing off a brand new outfit! ‘Cause a gal’s gotta look her best! 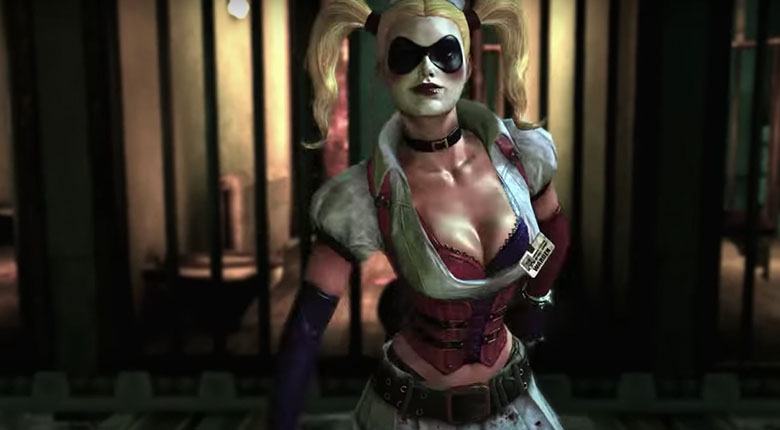 Harley and Joker returned in 2011’s Batman: Arkham City, and we even got to explore her backstory as Dr Harleen Quinzel in the prequel Batman: Arkham Origins. In Batman: Arkham Knight, she got her own DLC missions in the Harley Quinn Story Pack, complete with unique weapons, abilities and gadgets that included exploding jack-in-the-boxes and “Psychosis Mode” comparable to Batman’s Detective Vision. And if you were fond of hearing Harley’s wisecracks while beating up goons, there was no shortage of those one-liners!

Injustice League
Some of Harley Quinn’s most memorable moments took place in the 2013 fighting game Injustice: Gods Among Us and its sequel, Injustice 2. Not only did she prove to be a formidable fighter, her story also took some unexpected twists and turns. In the absence of her puddin’, Harley became the leader of her own gang and, after a surprising series of events, went on to ally with Bats. Because when it comes to Harley, you never know what to expect!

A big part of Harley’s Injustice story centred on her breaking free of Joker’s control and finding the strength to think for herself. This was explored in her own Injustice 2 chapter, “The Girl Who Laughs”, where she found herself under the influence of Scarecrow’s fear toxin and once again reduced to the Joker’s puppet. But of course, it was Harley who had the last laugh. 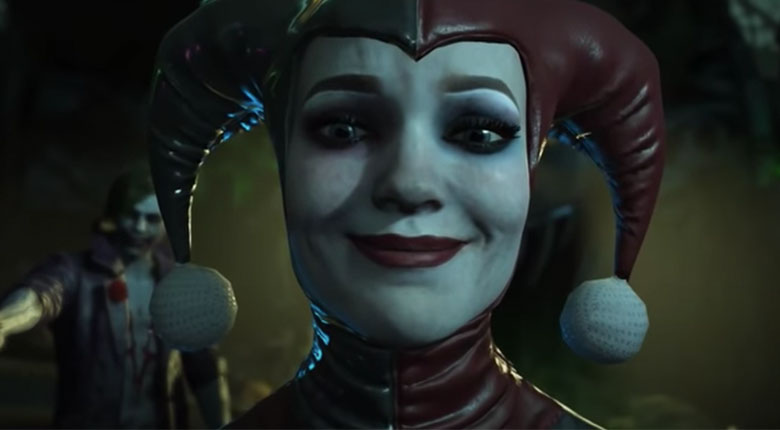 Other appearances
But that’s not all! Harley also played her part in the episodic adventure Batman: The Enemy Within, where she really got to indulge in her nasty side. We’ve also seen guest appearances from Dr Quinn - Menacing Woman across other titles, such as DC Universe Online (2011), Scribblenaughts Unmasked: A DC Comics adventure (2013) and the MOBA Infinite Crisis (2015). She’s also kept on the move with appearances on many mobile apps including Batman: Arkham Underworld, Suicide Squad: Special Ops and DC Legends in 2016 and DC: Unchained  in 2018. That’s a whole lotta Harley! 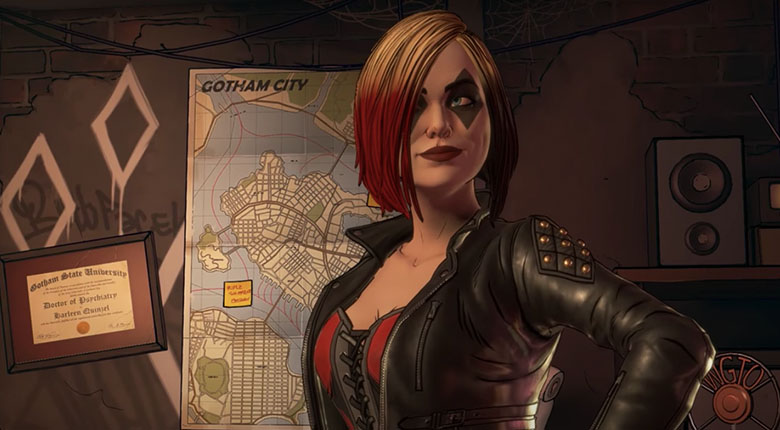 With so many games already under her belt, it seems we just can’t get enough of the marvellous Ms Quinn. Here’s to you, Harley!