This sociopathic surgeon takes the term "face-off" to disturbing new levels. Hush made his debut in 2011's Batman: Arkham City, before his sinister goal took him all the way to Wayne Tower in Arkham Knight.

In Arkham City's "Identity Theft" side quest, Batman discovers several murder victims with a gruesome common theme... each person was missing part of their face. Ever the diligent detective, Bats traces the killer's trail to an apartment containing a mysterious audiotape. What is on the tape is quite shocking. The murderer is Bruce's childhood friend, Doctor Thomas Elliot aka Hush, who was now seeking revenge on Master Wayne.

Hush came close to achieving his goal in 2015's Arkham Knight after infiltrating Wayne Enterprises with the perfect disguise - Bruce Wayne’s face, recreated from the butchered visages of his victims. Were it not for the help of Lucius Fox, and a well-timed punch, Hush would have succeeded in this serious case of identity theft! 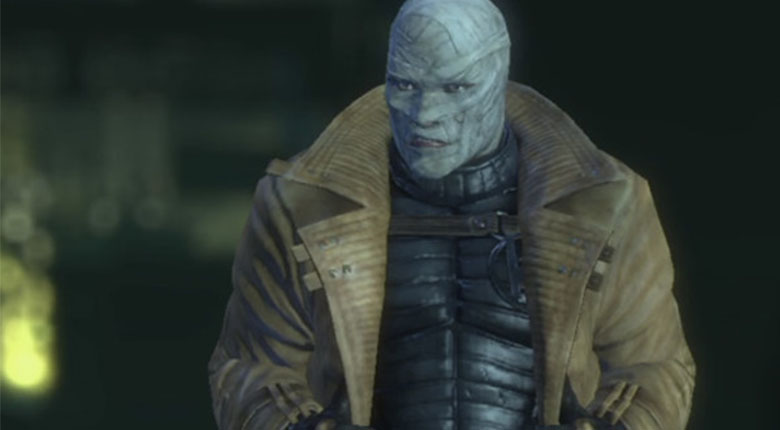 Taking the literal definition of ‘Batman’ and running with it, Man-Bat’s commitment to science beggar’s belief! In Batman: Arkham Knight (his video game debut) Doctor Kirk Langstrom attempts to cure deafness by splicing bat DNA with a human’s and finds himself soaring through Gotham’s skyline with his own pair of batwings (not the aeroplane!). This aerial adversary’s ambush of our caped crusader on Miagani Island, will give you quite a scare when playing. Discovering a blood sample at the scene, Alfred analyses it to track down Langstrom’s lair. In his Chinatown hideout, lies Langstrom’s wife and a violent video of his terrifying transformation. Our favourite detective saves the day, finding a cure for Man-bat and tracking him down to administer it, leaving our sorry scientist to live with his miscalculation.

This anarchy-loving adversary makes his explosive debut in 2013’s Arkham Origins, planting 3 bombs across Gotham in the hope of culling corruption in the infamous city. Defusing the dastardly bombs, Bats tracks Anarky all the way to the Courthouse (also seen in Arkham City). Anarky offers to join forces with Bats in overthrowing the ruling corrupt. Points for his unique proposition aside, he doesn’t take rejection well as he tries to murder the Caped Crusader when he refuses him. Despite overthrowing this unruly teenager, his presence returns in Arkham Knight, with his gear appearing in the evidence room, and criminals discussing his exploits. Talk about troublesome teen! 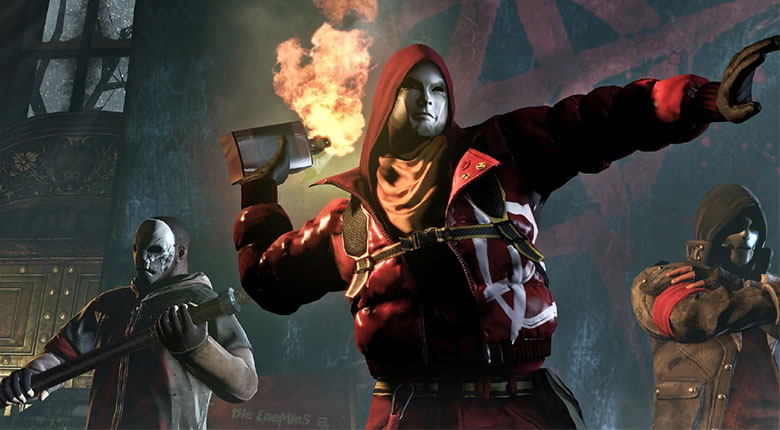 Taking the form of a monstrous pig, Professor Pyg debuts in Arkham Knight’s The Perfect Crime mission, having committed, well…the perfect crime. Six gory murders are spread across Gotham, accompanied by grim music from the Pygmallion opera (see what they did there?). Tracking him down, Bats is led to a hideout full of horrific human experiments (which Pyg considers art), and a host of Dollotron minions. Feeling no pain, these minions can only be defeated with special skills and sky-high combos. With Pyg’s animalistic army defeated, Batman is able to save the civilians and apprehend this unscrupulous villain. 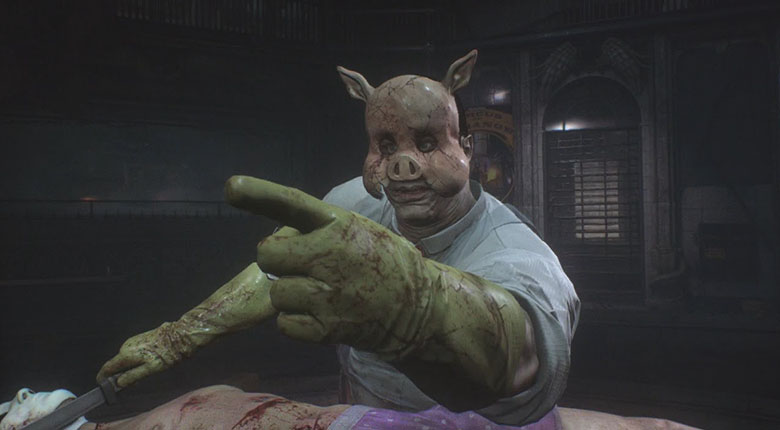 Making his first gaming appearance in 2013’s Arkham Origins as an essential encounter, this chap is pretty resilient, returning in series finale Arkham Knight too. Deathstroke floods the city streets with an army of tanks and bombs. Only after Batman disarms and defeats the bombs and tanks does he reveal himself on Miagani Island. True to his name he doesn’t go down easy though! Bat needs his  battle-ready Batmobile to finally take down his heavily-armoured foe (so get all those upgrades in when you can!). Upon his arrest, Deathstroke dedicates his life to defeating and killing the Caped Crusader, till death do us part? 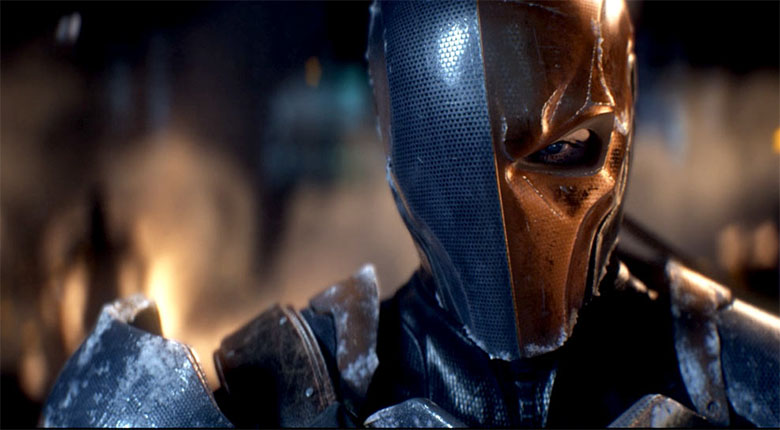