We’re celebrating some of the greatest female leads in honour of International Women’s Day, by watching the strongest, sassiest and most inspirational female characters that have graced our movies and TV shows.

From intelligent quick thinkers to superheroes, tough heroines and exceptional mothers, check out our top picks from our International Women’s Day Watchlist. Plus, don’t miss our helpful step-by-step guide to show you how to watch them all instantly on digital.

What will you be watching?

Helen Mirren stars in our latest release, The Good Liar. Expect a captivating thriller full of twists and turns… 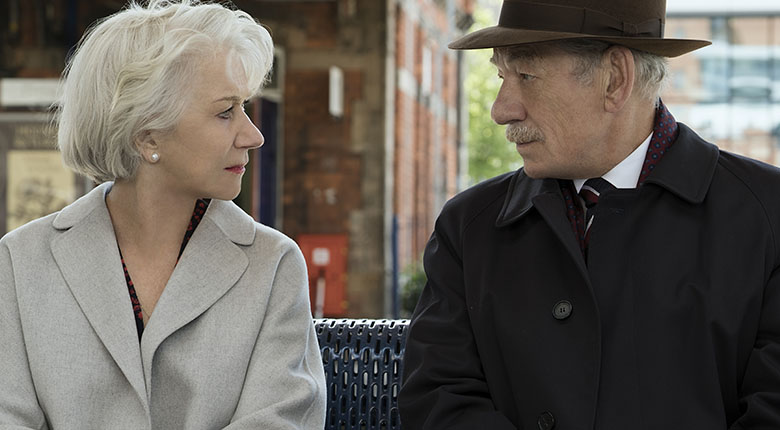 Career con artist Roy Courtnay (Ian McKellen) can hardly believe his luck when he meets well-to-do widow Betty McLeish (Mirren) online. As Betty opens her home and life to him, Roy is surprised to find himself caring about her, turning what should be a cut-and-dry swindle into the most treacherous tightrope walk of his life. Based on the widely acclaimed novel by Nicholas Searle.

Wonder. Power. Courage. If you’re after a female lead that empowers these qualities, look no further than Gal Gadot as Diana Prince, aka Wonder Woman. 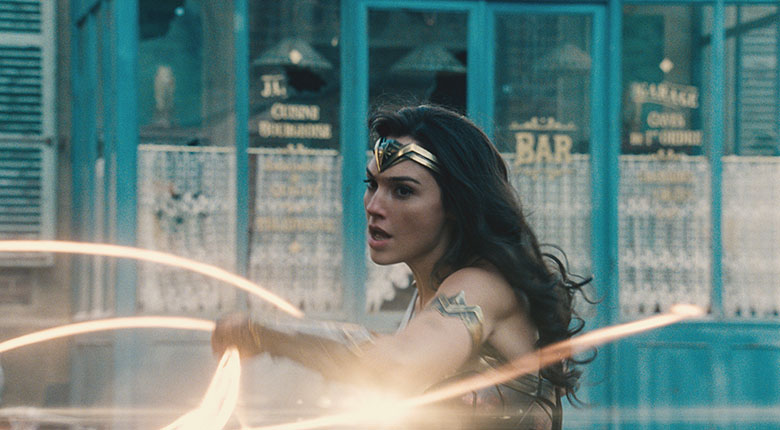 Gal Gadot stars in this epic action adventure based on the DC Super Hero. Before she was Wonder Woman, she was Diana, princess of the Amazons, trained to be an unconquerable warrior. Raised on the sheltered island paradise of Themyscira, Diana left her home when an American pilot (Chris Pine) crashed on their shores and spoke of a massive conflict raging in the outside world. Convinced she could stop the threat by fighting alongside man in a war to end all wars, Diana would discover her full powers… and her true destiny.

Trust us, these women aren’t taking any prisoners. Melissa McCarthy, Tiffany Haddish and Elisabeth Moss show that when life gets tough, you can’t rely on anyone but yourself. Sometimes you’ve got to walk the walk and talk the talk to get what you need. 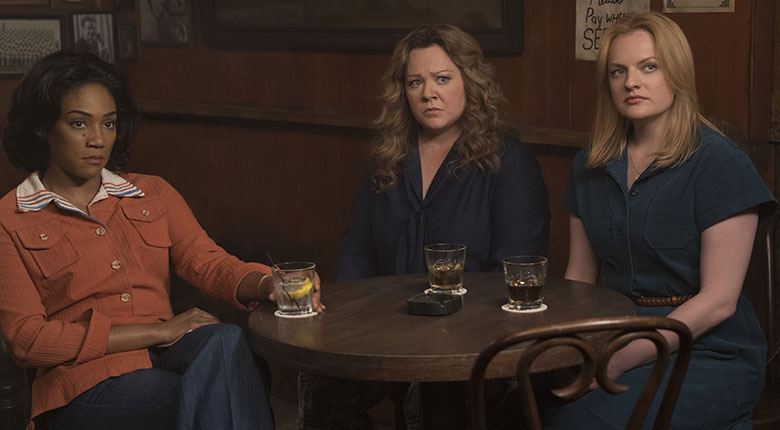 McCarthy, Haddish, and Moss star as three 1978 Hell’s Kitchen housewives whose mobster husbands are sent to prison by the FBI. Left with little but a sharp axe to grind, the ladies take the Irish mafia’s matters into their own hands - proving unexpectedly adept at everything from running the rackets to taking out the competition… literally.

What better way to celebrate female empowerment than by watching the ultimate female ensemble star as a team of badass women, pulling off one of the greatest heists in ‘Oceans’ history? 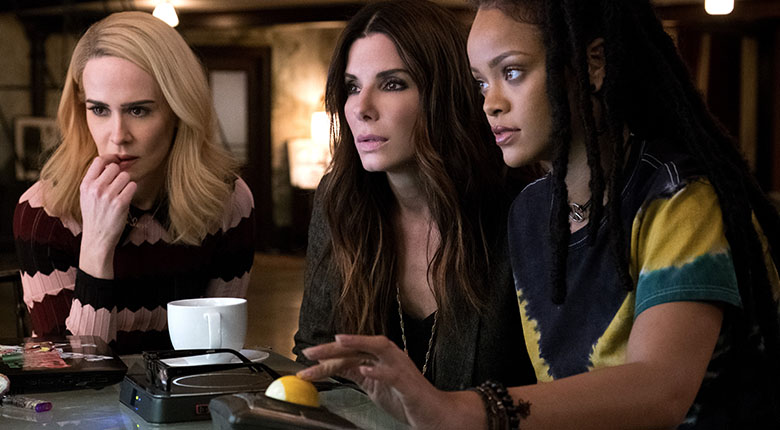 This HBO series and its stellar female cast has been praised by critics and audiences around the world. Focusing on a group of unlikely friends coming together and protecting each other in a crisis, this is female solidarity at its finest. 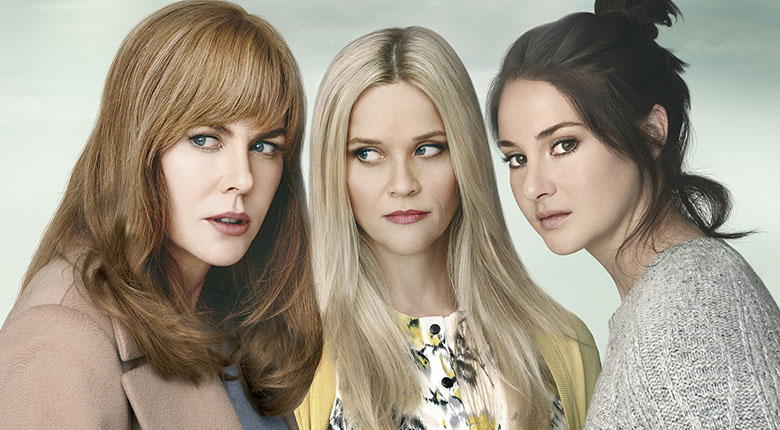 This subversive, darkly comedic drama series tells the tale of three mothers of first-graders whose seemingly perfect lives unravel to the point of murder. Reese Witherspoon, Nicole Kidman and Shailene Woodley head up a stellar cast in this Monterey-set drama that begins with a suspicious homicide at an elementary-school fundraiser. Though the victim and the perpetrator initially remain a mystery, it appears that the murder was spawned by rivalries and secrets surrounding the trio of young moms. Alexander Skarsgard, Laura Dern, Adam Scott, Zoe Kravitz, James Tupper and Jeffrey Nordling co-star.

Supergirl teaches us how to embrace every part of ourselves and become strong, powerful women (whilst also saving the world from aliens). Ideal viewing this International Women’s Day, we’re sure you’ll agree. 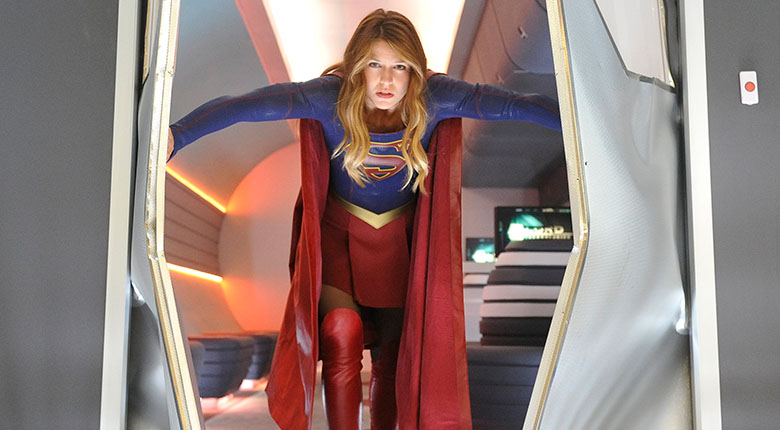 Protected and raised by her adopted family, the Danvers, Kara grew up in the shadow of her foster sister, Alex, and learned to hide the phenomenal powers she shares with her famous cousin. Years later, at age 24, living in National City and working as an assistant for Catco Worldwide Media mogul Cat Grant (Calista Flockhart), Kara has spent so many years trying to fit in that she forgot to ever stand out. All that changes when she decides to embrace her superhuman abilities and become the hero she was always destined to be.

Decided what to watch? Well it’s now easier than ever to experience all of this unmissable entertainment on digital!

So, why choose to watch your favourite films and TV shows on digital?

As soon as you've selected and purchased your movie it's available to watch immediately – just enough time to grab your snacks and get cosy!

You don't even have to leave the house! Perfect after a busy week at work with no time to pop to the shops, and ready for a rewarding lazy weekend on the sofa.

Once you have purchased your movie you can watch it anywhere you want, anytime, and across any device. Watch on the big screen at home or on the go on your phone, tablet or laptop; perfect way to distract the kids with a tablet for a moment’s rest! Also ideal for commuting and long hours of travel.

Here are our 5 easy steps to watching the best films and TV on digital:

Go to your retailer of choice via their website or app, from any of your devices.

Now pick a movie or TV show to fit your mood.

There are hundreds to choose from. But don’t worry, we have put together some collections for some inspiration!

Once you have made your selection, you can choose to either rent the movie or TV show, or own it forever to watch again and again.

You will then be able to log back into your retailer account to watch your movies and TV shows again and again, from any of your devices.

Once you have purchased your movie or TV show, you can either stream it through an internet connection (which won’t use up any storage on your device), or you can choose to download it and store onto your device to watch offline, perfect for travelling and commuting!

Now you are ready to go!

Sit back, relax and watch instantly across any of your devices

It really couldn’t be easier, just give it a go!