First things first - why are all these people fighting? Of course, the simple answer is “because it’s a fighting game”, but there’s a bit more to it than that!

The world of Mortal Kombat is divided into different dimensions, known as “realms”. In order for one realm to invade and conquer another, they must first defeat the defending realm’s greatest warriors in ten consecutive Mortal Kombat tournaments.

The first Mortal Kombat game was set during the deciding tournament between Earthrealm and Outworld, who’d already scored nine victories and were all set for invasion. After battling it out on Shang Tsung’s island, the tournament was won by Earthrealm’s Liu Kang. This timeline was eventually re-booted in the events of 2011’s Mortal Kombat.

The Mortal Kombat universe consists of six main realms, as well as some minor ones. These are known as Earthrealm, Outworld, Edenia and Netherrealm. We also have Orderrealm (also known as Seido), and Chaosrealm, who just can’t seem to get along for some reason!

Earthrealm represents our own world in MK, where the Special Forces and White Lotus society defend us from would-be invaders. The freedom of Earthrealm is also protected by the thunder god Raiden.

Outworld is a power-hungry and hostile domain, ruled over by the ruthless Shao Kahn. It’s home to the Outworlders (obviously!), the mighty, four-armed Shokan and the bloodthirsty, razor-toothed Tarkatan. Many of Earthrealm’s criminals have also sought refuge here, including Kano of the Black Dragon clan.

Edenia was once an idyllic and magical realm, ruled by King Jarrod and Queen Sindel, who had a young daughter named Kitana. That was until Shao Kahn murdered Jarrod, took Sindel as his wife and raised Kitana as his own.

Netherrealm was is the hellish underworld of Mortal Kombat; home to demons, spectres and the fallen Elder God Shinnok, who was banished there. The landscape is characterised by volcanic fields and pits of moltenlava. You might say it's a bit... toasty?

Who are the Elder Gods?

These mysterious deities existed long before the formation of the realms, and their sworn duty is to maintain the order and balance between them. While the gods aren’t supposed to meddle in the affairs of mortals, that hasn’t exactly stopped them before!

Different factions account for many alliances and grudges between the characters in Mortal Kombat:

White Lotus: The White Lotus society was formed by Raiden and the order of the Shaolin Monks in order to train the finest warriors to defend Earthrealm. Their alumni includes Liu Kang and Kung Lao.

Black Dragon: Led by Kano, the Black Dragon clan are a mob of mercs, thugs, assassins and arms dealers. Whatever they’re up to, you can guarantee it’s no good!

Lin Kuei: LA clan of ninja assasins and cyborgs who have been integral t the events of Mortal Kombat through the years. They're led by grandmaster Sub Zero and had a former rivalry with the Shirai Ryu, whose most famous mmeber was the yellow-clad ninja, Scorpion. 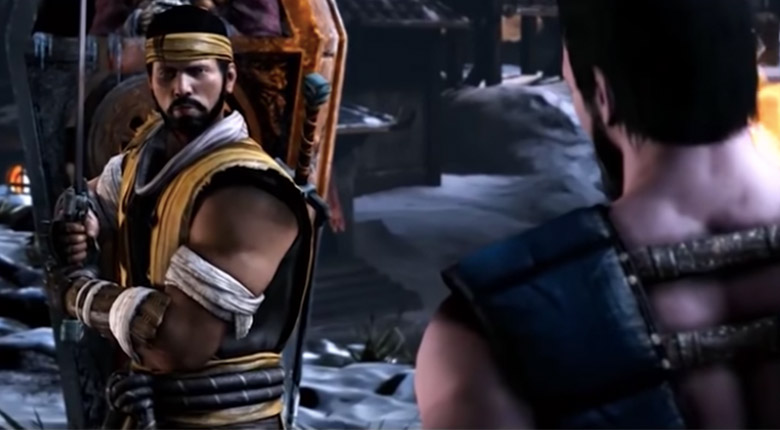 That’s all from our “kut out and keep” guide to the Mortal Kombat universe. Next time an opponent rips you limb from limb, at least you’ll know what they’re fighting for!