Do October 31st the right way and immerse yourself in one of our iconic horror classics or modern-day masterpieces. We've put together some of our best horror films of all time for you to enjoy this Halloween! 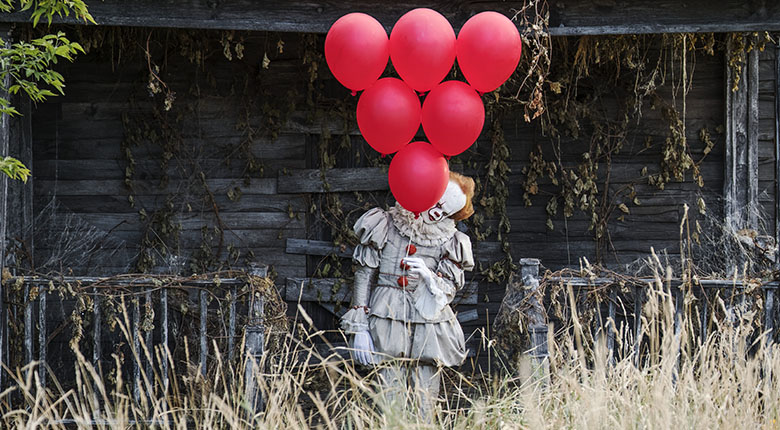 The horror thriller "IT," directed by Andrés Muschietti ("Mama"), is based on the hugely popular Stephen King novel of the same name, which has been terrifying readers for decades. When children begin to disappear in the town of Derry, Maine, a group of young kids is faced with their biggest fears when they square off against an evil clown named Pennywise, whose history of murder and violence dates back for centuries.

When writer Jack Torrance (Nicholson)--who has a history of alcoholism and child abuse--takes a job as winter caretaker for a hotel high in the Rocky Mountains, he, his wife (Duvall) and their psychic young son will be isolated until spring. But once the first blizzard closes the road out, the accumulated power of evil deeds committed at the hotel begins to drive Jack mad. Now there may be no escape for his wife and son in this haunting madness, memory and family violence. 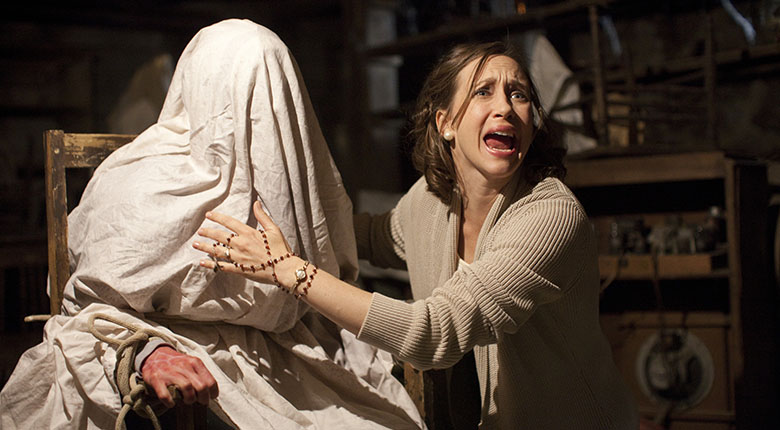 Before there was Amityville, there was Harrisville. The Conjuring tells the horrifying true story of Ed and Lorraine Warren, world renowned paranormal investigators, who were called to help a family terrorized by a dark presence in a secluded farmhouse. Forced to confront a powerful demonic entity, the Warrens find themselves caught in the most terrifying case of their lives.

To discover the rest of The Conjuring Universe, click here. 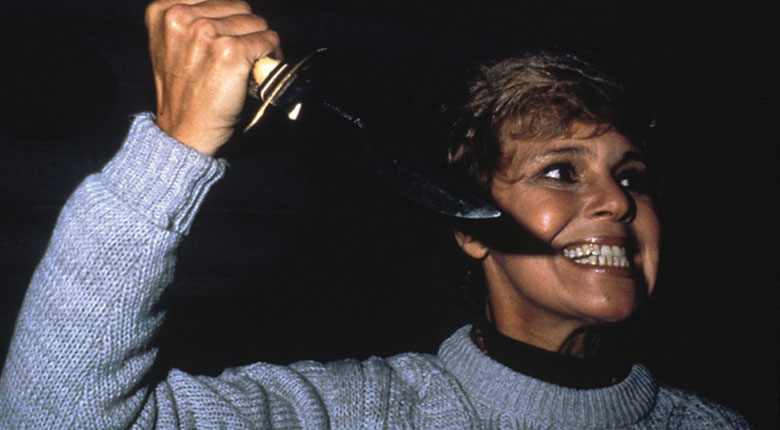 When a summer camp at idyllic Crystal Lake reopens 25 years after the tragic drowning of a young boy named Jason, the woods fill with the happy squeals of young campers and the sight of the furtive couplings of libidinous counselors. But when a violent rainstorm isolates the lake, one-by-one the counselors are horribly murdered in this film that launched a modern horror genre. 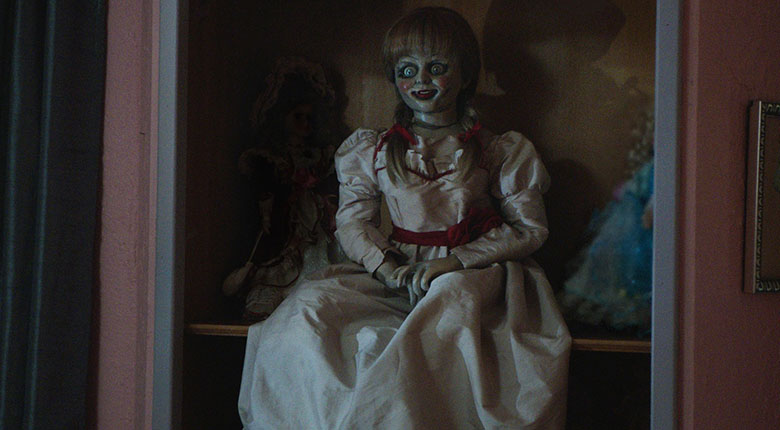 Before The Conjuring, there was Annabelle. Annabelle's story begins before the evil was unleashed. John Form (Ward Horton -- The Wolf of Wall Street) has found the perfect gift for his expectant wife, Mia (Annabelle Wallis -- X Men: First Class) -- a beautiful, rare vintage doll in a pure white wedding dress. But Mia's delight with Annabelle doesn't last long. On one horrific night, their home is invaded by members of a satanic cult, who violently attack the couple. Spilled blood and terror are not all they leave behind. The cultists have conjured an entity so malevolent that nothing they did will compare to the sinister conduit to the damned that is now...Annabelle. 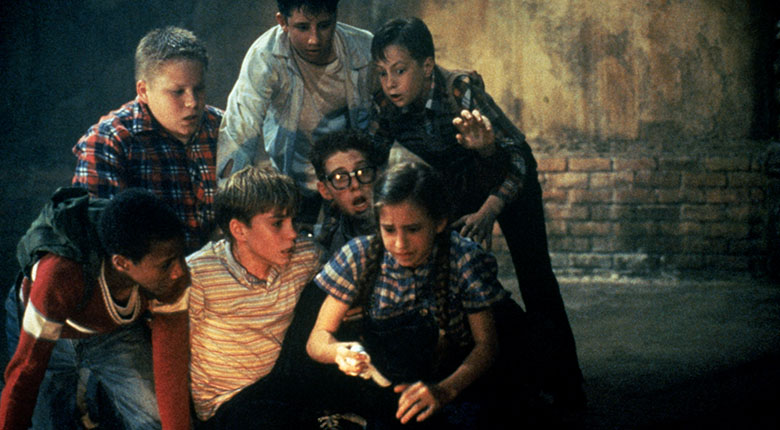 A sinister force lurks menacingly behind the warm visage of Pennywise the Clown (Tim Curry), who awakens every thirty years to terrorize the small New England town of Derry, altering reality to animate victim's greatest fears in Stephen King's chilling IT. Somehow, seven children defeat the evil incarnation. But now, three decades later, the savage menace resurrects. And the seven victors return as adults to again fight a horrifying battle between good and evil--where personal demons may be lethal--in the spine-tingling miniseries Stephen King's IT. 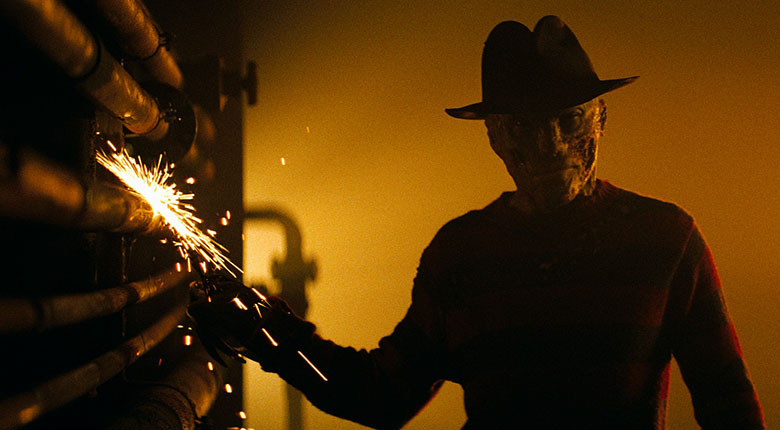 Freddy Krueger returns to everyone's nightmares in this contemporary re-imagining of the Wes Craven horror classic from Michael Bay (Transformers films) and horror-script maestro Wesley Strick (Cape Fear). Watchmen's Jackie Earle Haley plays the razor-fingered iconic killer who haunts the dreams of teenagers and kills them in their sleep. Smallville's Kyle Gallner, Supernatural's Katie Cassidy, Terminator's Thomas Dekker, Twilight's Kellan Lutz and more try to ward off the nocturnal attacks. As long as they stay awake, they can protect one another ... but once they fall asleep, there is no escape. 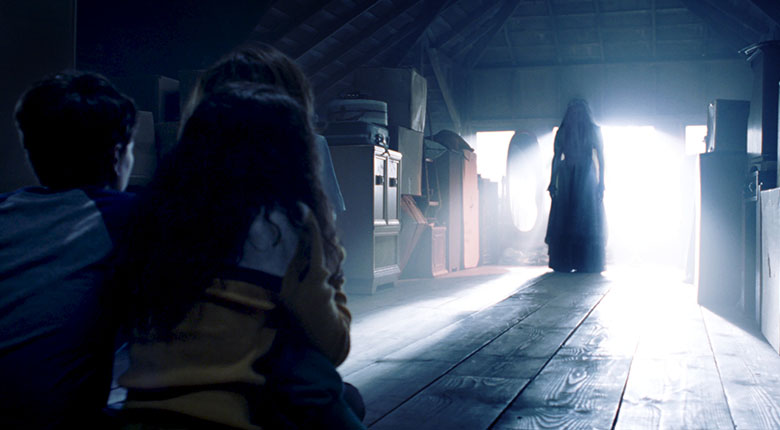 A horrifying apparition, caught between Heaven and Hell, trapped in a terrible fate sealed by her own hand. The mere mention of her name has struck terror around the world for generations. In life, she drowned her children in a jealous rage, throwing herself in the churning river after them as she wept in pain. Now her tears are eternal. They are lethal, and those who hear her death call in the night are doomed. 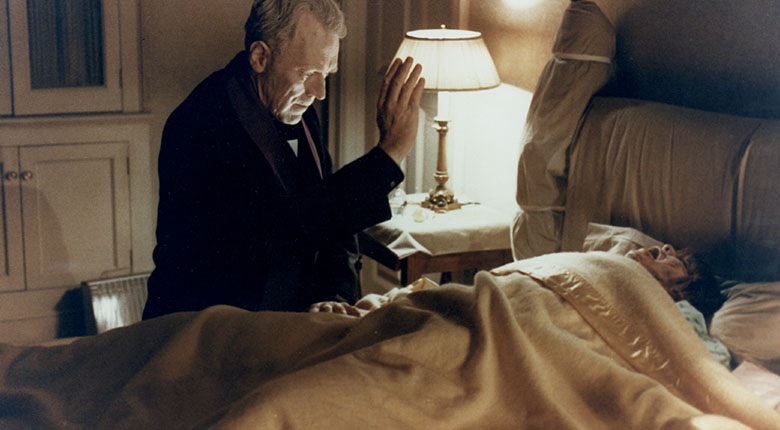 When a charming 12-year-old girl takes on the characteristics and voices of others, doctors say there is nothing they can do. As people begin to die, the girl's mother realizes her daughter has been possessed by the devil--and that her daughter's only possible hope lies with two priests and the ancient rite of demonic exorcism. 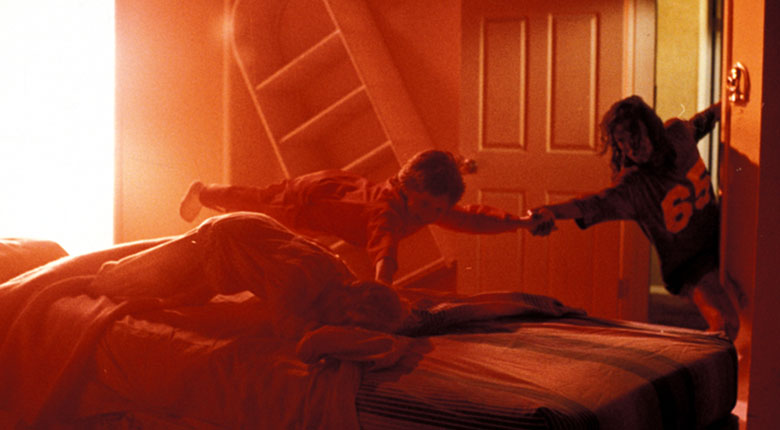 Late one night, 10-year-old Carol Anne Freeling (Heather O'Rourke) hears a voice coming from inside the television set ... At first, the spirits that invade the Freelings' home seem like playful children. But then they turn angry. And when Carol Anne is pulled from this world into another, Steve and Diane Freeling (Craig T. Nelson and JoBeth Williams--In the Land of Women) turn to an exorcist (Zelda Rubinstein) in this horror classic from director Tobe Hooper (Texas Chainsaw Massacre films) and producer and screenwriter Steven Spielberg.