Discover how one of the most iconic franchises was brought to the big screen, in Pokémon Detective Pikachu - now in cinemas. 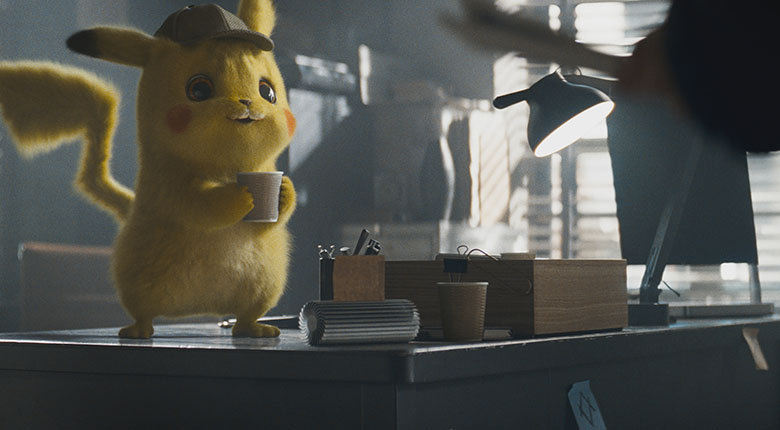 Generations of people have grown up with Pokémon, catching’em all in the various video games, anime series or Trading Cards. And now fans everywhere can see their favourite Pokémon characters in all their glory on the big screen, in Pokémon Detective Pikachu.

The story of Pokémon Detective Pikachu begins when ace detective Harry Goodman goes mysteriously missing, prompting his 21-year-old son Tim (Justice Smuth) to find out what happened.  Aiding in the investigation is Harry’s former Pokémon partner, Detective Pikachu (voiced by Ryan Reynold), a hilarious, caffeine addicted, wise-cracking, adorable super-sleuth. Finding that they are uniquely equipped to work together, as Tim is the only human who can hear and talk with Pikachu, they join forces on a thrilling adventure to unravel the tangled mystery. Chasing clues together through the neon-lit streets of Ryme City, a sprawling, modern metropolis where humans and Pokémon live side by side in a hyper-realistic live-action world, they encounter a diverse cast of Pokémon and uncover a shocking plot that could destroy this peaceful co-existence and threaten the whole Pokémon universe.

Everyone is invited to enter the Pokémon Universe 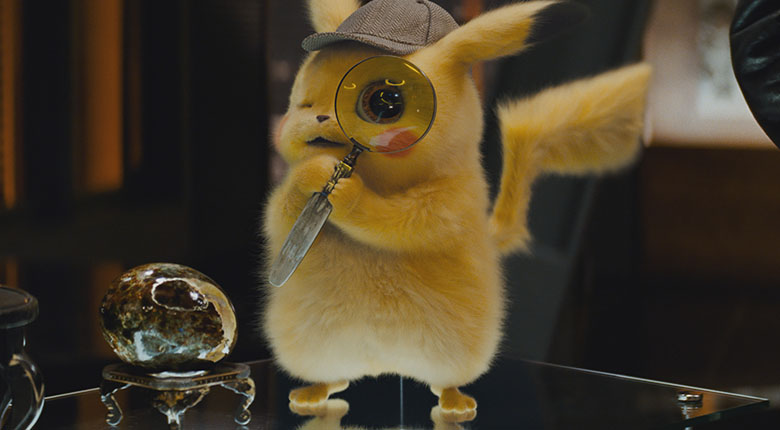 The team, led by director Rob Letterman, made sure to respect the spirit and legacy of the franchise, while giving the movie its own place and special reason to welcome people entering the Pokémon universe for the first time.

The movie’s core is about connection and friendship, following an inspiring story about father and son relationships and second chances. Anyone can relate to Tim’s journey, whether you are young or older, a Pokemon die-hard fan or a newcomer to the universe. As explained by Justice Smith: “This film has everything. It’s funny and silly, in ways that I think adults will get as much as kids.  It has drama and mystery.  It’s grounded and real, and there’s a meaningful story that people can relate to. That’s what appealed to me about it.”

Bringing the Pokemon to life

Designed with a fans-first commitment and a plethora of Easter eggs, the movie showcases Pikachu and myriad of other beloved Pokémon - including the original trio Charmander, Bulbasaur and Squirtle. They appear as never seen before: three-dimensional CG creatures, each with its unique characteristics, complexities and battle-ready powers, wholly integrated in a hyper-real world.

The movie’s creatures were created in cooperation with The Pokémon Company, including input from Ken Sugimori, illustrator of the original Pokémon games artwork, plus numerous artists and designers. They provided reams of references and were available to consult on many details, down to fingernails and fur. The animation team’s challenge was to make the Pokémon look as natural as possible in 3D, without destroying their essence and people’s connection to them. 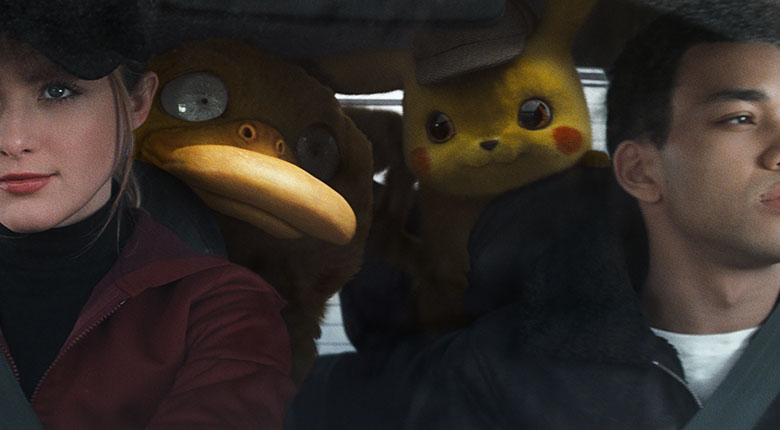 The special effects team used animals for inspiration, as Pokémon often share characteristics with real life creatures. Ryan Reynolds’ performance also went behind just a voice. He contributed to how you see Detective Pikachu on screen, using his mannerisms and facial expressions, resulting in his humour and rhythm encompassing the whole character.

Puppets were created as practical elements for the VFX department to build on and as visual cues for the actors.  “A lot of times Detective Pikachu will be on my shoulder,” Justice Smith explains.  “So I walked around with a weighted puppet on my shoulder.  The animators would then tailor it to my movements, like how I tilt my head or how I react when he smacks me in the face with his tail.”

To have more realistic interactions between Tim and Detective Pikachu, Justice Smith and Ryan Reynolds recorded their scenes together in the weeks prior to the physical shoot. Reynolds then remained on set with Smith for the beginning of physical production, feeding him Detective Pikachu’s dialogue via an earpiece, to draw on that connection, after which Smith continued filming with a stand-in reading the lines. 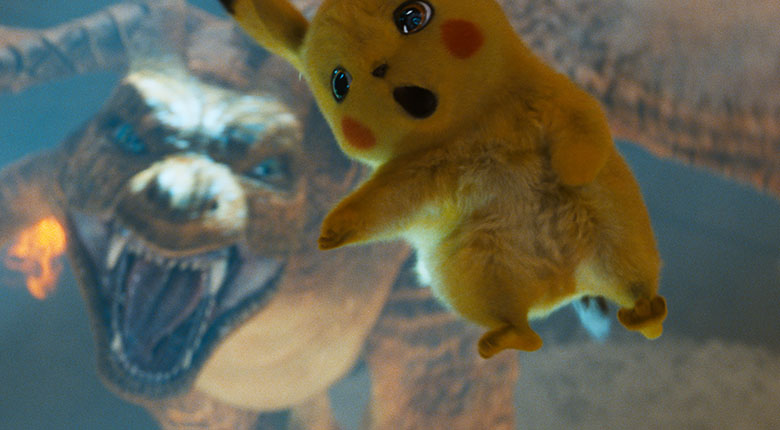 When Tim is informed of his dad’s disappearance, he heads to Ryme City in order to collect his belongings. This city is a unique place where humans and Pokémon live together.

Inspired by a mixture of cities including New York, Tokyo and London, the filmmaking team wanted to create an international modern metropolis for everyone. The atmosphere is classic noir to match Detective Pikachu’s affinity for the genre: cool and dark, with slashes of neon reflecting off rain-wet streets and weird shadows around every corner that hint of excitement… or danger.

To make the city as realistic as possible, a large part of the movie was shot in practical locations in England and Scotland, while some interior settings such as Harry’s apartment and the Hi Hat Café were created in studio. Filming the story’s action-packed climactic parade scene involved 300 extras over the course of five weekends, shot in central London and featuring the 122 Leadenhall skyscraper - better known as ‘the cheese grater’ because of its distinct wedge shape.