The superhero smash hit of 2018, Aquaman sees Jason Momoa take the title role. His mission is to disrupt an evil plan launched by his half-brother, King Orm (Patrick Wilson), to declare war on the surface world. Assisted by Mera (Amber Heard) and Nuidis Vulko (Willem Dafoe), Aquaman needs to combine his surface and underwater heritages, strengths and ethics to save the day and reclaim his rightful throne as ruler of the seven seas.

Jason Momoa as Aquaman
Having made appearances in Batman v Superman: Dawn of Justice and Justice League already, fans of the DC Universe have been eagerly anticipating the origins story of Aquaman. The film sees Arthur Curry, the title role’s surface-world persona, rise up and embrace his Atlantean heritage. Having been rejected by his underwater peers years ago, Arthur is reluctant to return, but does so at the request of Mera, who impresses upon him the importance of stopping his half-brother from seeing out his horrendous vision of environmental retribution against humankind. What ensues is an action-packed epic with honour at its core.
Jason Momoa was a natural choice for the title role of Aquaman, a half-human/half-Atlantean with superhuman strength and humility as to his royal lineage. Having garnered a huge fan following, Momoa, with his enormous frame and rugged appearance, was the perfect choice for an unwilling hero who eventually finds his own path and prove his mettle. 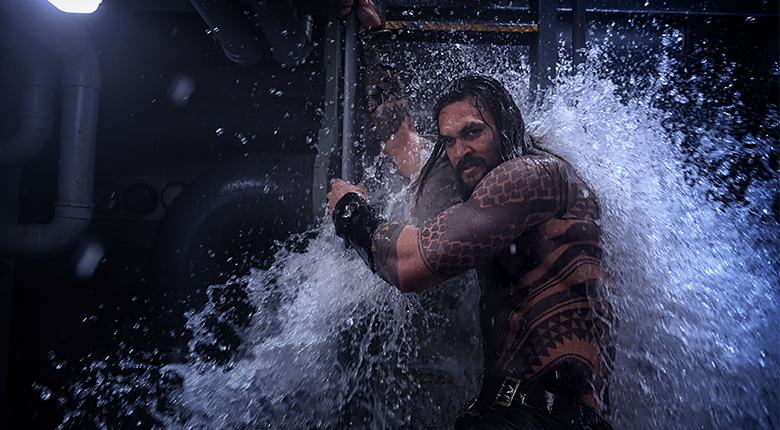 Filming locations
Thanks to the story combining elements of surface and underwater world tensions, the filming locations for Aquaman were varied. The majority of the production was shot in Australia, but Canada, Sicily and Morocco all featured as well, lending dramatically different landscapes, waters and exotic ambience critical to the story. The Australian Gold Coast provided the lion's share of locations, with Hastings Point the all-important Arthur Curry Lighthouse set. 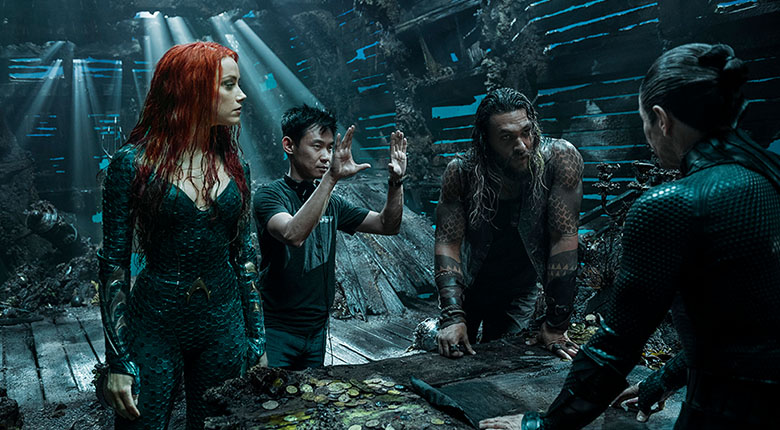 Creating an underwater civilisation
Recreating a mythical land is no easy task and when it came to building the kingdom of Atlantis, imaginations were allowed to run wild, with incredible results. James Wan, the film's director, wanted the title character’s true home to be a piquant mix of old and new elements, with ancient Atlantis having been sunk due to hubris and the ‘new’ Atlantis being grown on top of it. This concept lead to considered design, including underwater constraints, with coral selected as the most sensible organic ‘extension’ material.
The resulting Atlantis imagery is spectacularly beautiful and gives rise to the idea that although the kingdom is underwater, the inhabitants are still technologically and socially advanced, something that Wan was passionate to get across. He also admits that he was keen to have a little fun with the underwater-world creations, stating that it was important for diversity as well as creatively challenging, hence the huge differences in the kingdom's inhabitants 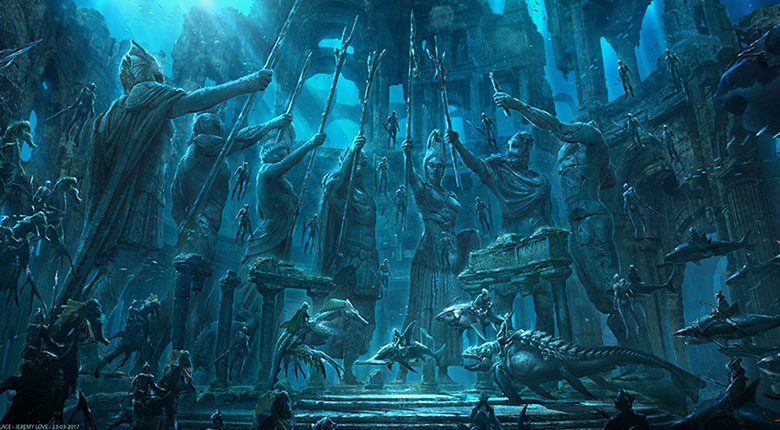 Crafting a masterpiece
Filming began back in May 2017, with most of the film being completed at the Village Roadshow Studios in Queensland. Despite the complexity of the project and the multiple locations, the principal photography portion of the project was officially wrapped by the end of October the same year, which is quite a feat! Of course, that’s when the post-production started.
No movie is a walk in the park to make, but when you consider the staggering amount of special effects needed for Aquaman, it makes sense that the post-production element took longer than the physical filming – almost twice as long, in fact, and finally completed in November 2018. The CGI underwater scenes took a lot of the effort, but essential for bringing the action to life. 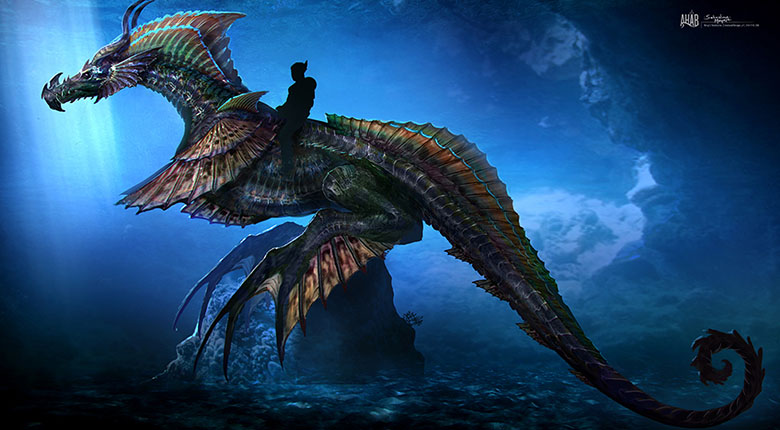 Fun facts about the film:
1. Aquaman’s full costume was inspired by Jason Momoa’s tattoos, to pay homage to his Polynesian heritage.
2. The title character used to be a bit of a joke to DC fans, which was partly why Zack Snyder cast Momoa, to put a stop to the laughing and make Aquaman cool.
3. Two scripts were written for the film, with the superior being put into production.
Whether you’re looking for a fun-filled action adventure extravaganza, a Jason Momoa fan or a DC enthusiast, Aquaman is the film to see. Watch it on the biggest screen you can find, in cinemas now.