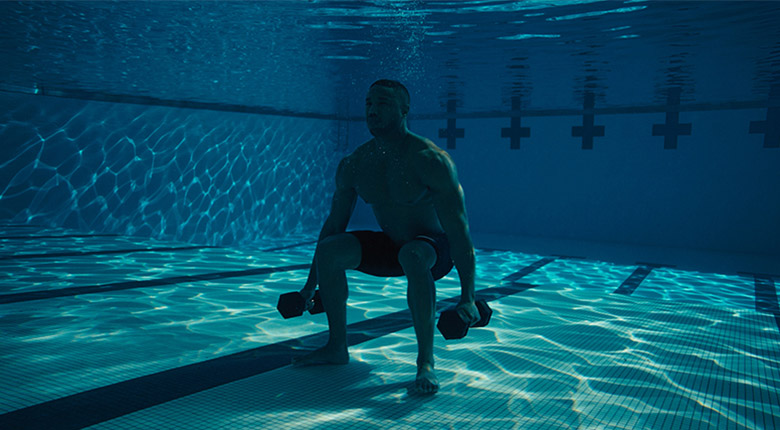 Michael B Jordan's role in Creed II demanded a lean, sculpted look, with the muscle definition of a top boxer. To do this, he ate protein-heavy foods, so plenty of chicken, egg whites and fish, complemented by whole-grain carbohydrates such as oats and brown rice. The carbs are needed to fuel the lengthy cardiovascular work Jordan did, in addition to the weightlifting.

With sessions three times a day for six days a week, the training schedule needed total commitment. To cope with the high level of physical exercise, Jordan ate five to six times each day, sometimes at just 30-minute intervals, even on set. This allowed him to keep the muscles repairing, which subsequently enabled him to keep building them up. Protein shakes, fish, coconut and olive oil, together with a range of vitamins and minerals further aided Jordan's development, and he kept constantly hydrated by drinking around a gallon and a half of water every day.

When you discover the punishing physical training Jordan had to undertake for the role of Adonis Creed, it's easy to see why he had to keep his strength up. A lot of Calliet's program centered on plyometrics, which trains muscles for strength and speed, and HIIT (High Intensity Interval Training), which focuses on intense bursts of exercise and short recovery periods. 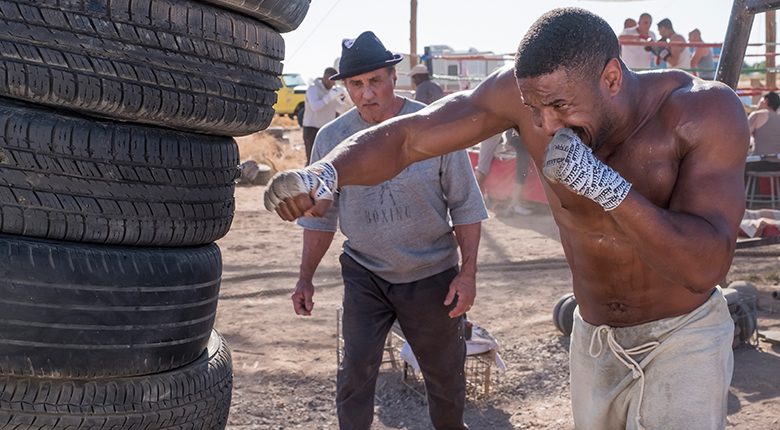 A typical training day began at 9.30am with 30 minutes warm-up on the treadmill. Then he was intensely doing shadow boxing and punchbag training for an hour to build fitness and hone his boxing skills – luckily Jordan already knew the fundamentals from his work on the first Creed film. After this, there was two to three hours of choreography, preparing for the boxing scenes he'd be shooting once the training was finished. Then came a welcome lunch, before completing the following exercises:

The all-important stretching and warm-downs came next, and Jordan was fortunate in that Philadelphia's NBA team, the 76ers, allowed the actors and trainers full use of their hot tubs, cold tubs and saunas, along with their full training facilities. The warm-down was followed by a few hours of relaxing, then back to more weight-training, treadmill work, and heavy punchbag hitting in the evening. On the bright side, Jordan was allowed one day off per week, and he apparently made the most of it, loading up on well-earned Philadelphia cheesesteaks on his cheat day. When in Rome…!

Of course, Creed II is a boxing movie, so the fights need to look as realistic as possible. In the film, Adonis Creed is trained by his father Apollo's old friend and rival, Rocky Balboa, and Sylvester Stallone was instrumental in choreographing the fight scenes. As such, Jordan worked extensively with Stallone to work on the moves and combinations in the movie.

Calliet's uncompromising training program allowed Jordan to achieve the athletic, ripped look Adonis Creed displays in the movie. Through this process, Jordan added around 10-15 pounds of muscle, but as boxing is such a demanding physical sport, a huge amount of the work was designed to optimise Jordan's cardiovascular strength, and he actually lost weight overall. The results meant that he not only had the power required to pack a devastating punch, but also the incredible definition that lean muscle mass provides. Developing 'just the pretty muscles', as Calliet puts it, allowed Jordan to possess the fast-twitch muscle fibres that light-heavyweight boxers need for such quick, powerful movement.

Together with the painstaking hours of boxing training and fight choreography, Jordan spent five long months pushing himself to the limit to sculpt his body, and develop the authentic boxing technique, in order to successfully bring the electric Adonis Creed character to life once again in Creed II. The results are most definitely worth it.

Creed is available to own on Blu-Ray, 4K Ultra HD and DVD here