In a story that tells of Wonder Woman’s origins, Diana Princess of Themyscira is trained from a young age to be an unconquerable warrior for the Amazons. When Steve Trevor (Chris Pine) is washed up on her island’s shore and she hears about the war in the world, she leaves with him to save the people.

As we learn in this summer’s action drama Wonder Woman, in cinemas now, Diana doesn’t yet know her full strength. Mixing compassion with strength and incredible self-belief, Wonder Woman is our heroine of the moment. Read on to find out why. 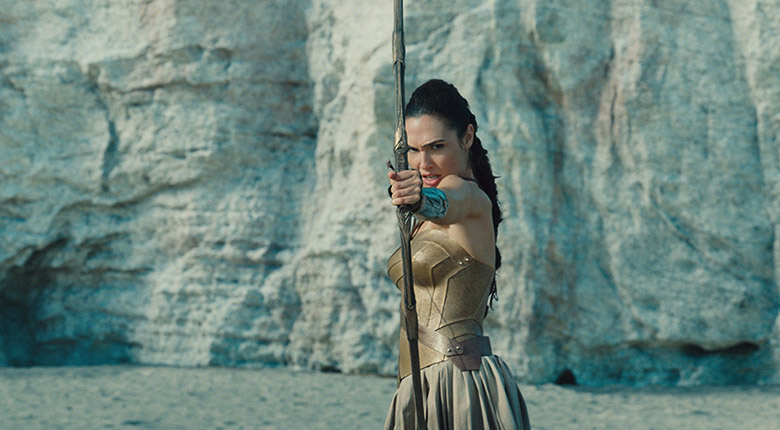 When Diana rescues American pilot Steve Trevor after his plane crashes into the ocean near Themyscira, he tells her of the conflict in the outside world. Diana (Gal Gadot, Batman VS Superman: Dawn of Justice) makes the ultimate sacrifice and leaves the safety of her island to fight without even knowing the full potential of her powers.

It’s a long road in Wonder Woman’s fight during World War I. Diana is determined in her mission and even when people dismiss her she still fights for what she believes is right. Her focus is the greater good, and she won’t stop until she defeats the evil forces at work.

Even as a young child Diana wanted to fight, feeling as though it was her destiny. Despite the best efforts of those around her to keep her powers hidden, Diana continues to push herself and go into battle without knowing whom she’ll face or what she’ll do. She even takes the Amazon’s mythical sword, the ‘god killer’, to war, trusting that she’ll have the legendary power to be able to wield it.

Themyscira and its inhabitants were created by the Greek god Zeus, so it’s fair to say the people of the island are above average in many ways. As the film begins it’s clear that Diana has formidable strength, although she doesn’t quite understand her full potential. As she is faced with entire armies to take on, Diana quickly learns what she’s capable of, graciously launching herself through the air, jumping through buildings and taking on multiple assailants at once. Physically she can push her body through far more than mere man, but she’s mentally strong too; choosing to leave all that she knew for a war far from her home.

Diana is told by her family that man isn’t worth saving, but her curiosity urges her to find out for herself. She travels with Trevor to London and must immerse herself in a culture and etiquette that’s completely alien to her. Diana asks questions about anything and everything, leading to some brilliant misunderstandings.

Even though Diana’s people long ago ditched the notion that they had to defend man’s world, Diana still believes passionately that it’s her sacred duty to do so. She is kind, pure and dedicated to helping those who can’t defend themselves.

From strength to perseverance and even compassion, Wonder Woman is an example of a true heroine. Which of her characteristics can you identify with?