Based on the hit movie of the same name, the second game in the LEGO Movie series is filled with funny moments and silly surprises. Here are just a few that await you…

An apocalyptic encounter of the cutesy kind!

The LEGO Movie 2 video game opens as the peaceful land of Bricksburg is invaded by strange beings from the mysterious “Systar” system, and is henceforth rebranded as “Apocalypse-burg”. But during the slow-motion scenes of epic destruction, we notice that the alien invaders are… actually kind of adorable! And with their cute ickle baby voices, they don’t exactly sound too threatening either. Nonetheless, the opening scene treats the event with all the drama and gravity a full-on apocalypse deserves. 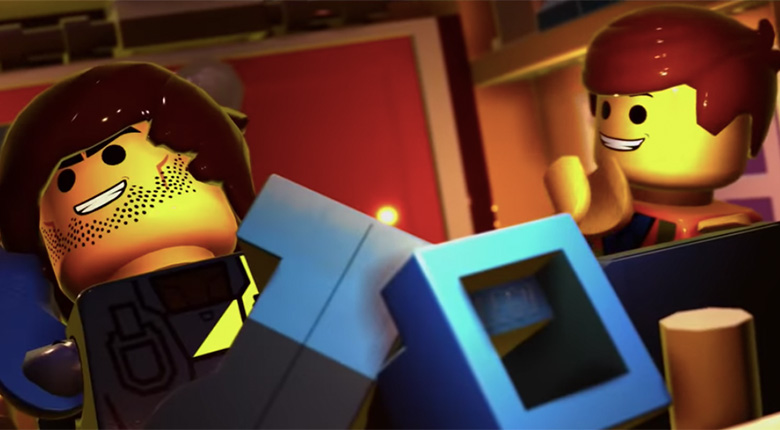 That special mix of serious and silly continues through the rest of the story, especially in this harrowing tale of isolation and despair. Our narrator, Lucy, tells us about Rex - an alternate universe version of Emmet, who crashed into a giant asteroid. Rex was subsequently stranded in “Undar” of the “Dryer-System” (in other words, he got stuck under the dryer). During the cutscenes, we see his struggles play out in a series of funny flashbacks, as Rex remains trapped beneath the appliance, being bothered by cats and watching the other LEGO toys being played with instead of him. Jealous much? 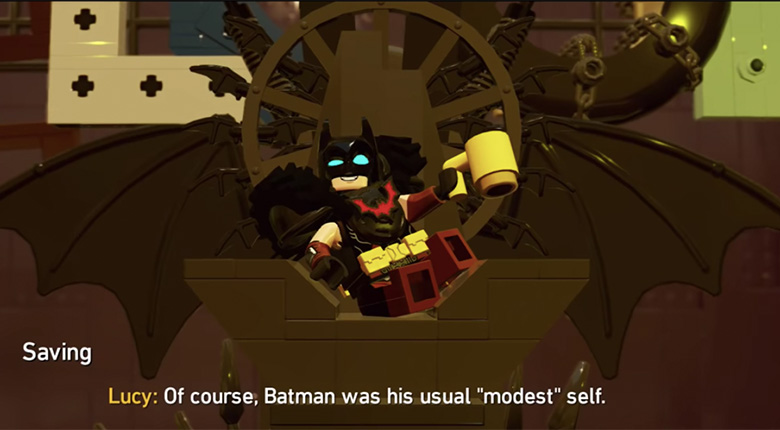 What would a LEGO Movie game be without Batman? However, we can’t deny that the caped crusader might have developed just a tiny bit of an ego. Case in point - we first see him sitting atop a huge, bat-winged throne before panning out to see the words “You’re welcome” spelled out to his admirers in giant, light-up letters. Well, at least he must have some manners! 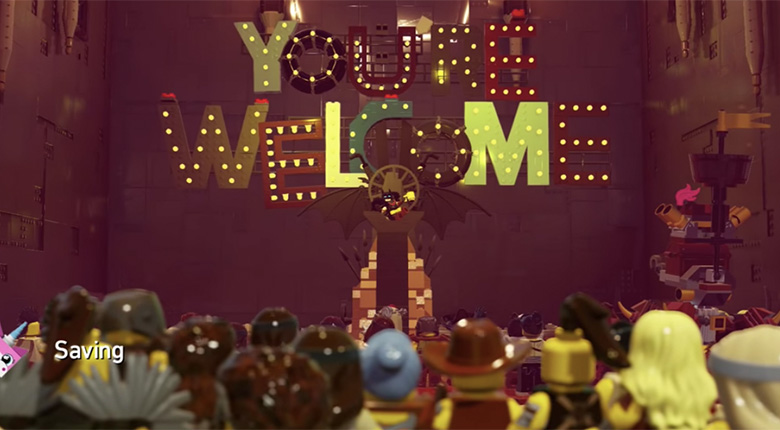 Those were the funniest moments from The LEGO Movie 2 video game. Want more hijinks? Check out the first adventure in LEGO Movie: The video game.